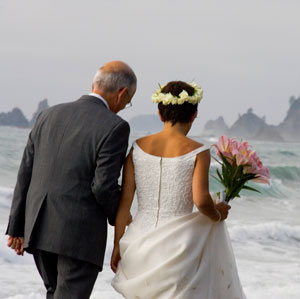 By: Amy M. | Aurora, Colorado
Working the Steps again helped her see that she had made another member her Higher Power

Jim was one of the first people I met at my home group. He was this little old man; he made me feel so comfortable in his presence. I was instantly drawn to him. I always sat next to him, and he would grab my hands and instantly warm them. His smile was a welcomed greeting as I came into the meeting.

“Get into your helicopter and look at the big picture” was his token saying to get me out of whatever little drama was important that second. When I was five years sober, I asked Jim to give me away when I got married. He did. I never knew that AA could replace my dad.

In August 2007, Jim died with almost 30 years sobriety; little did I know that I had made him my Higher Power. I was miserable after he died—crying daily, not eating or sleeping right. In September of that year, I ended up in the hospital with stress-induced meningitis. I got out of the hospital and slept most of my days away, attending a few meetings here and there. I was not very involved.

In August 2008, I was sitting in a noon meeting at my home group, and one of the guys I got sober with nudged me during the meeting and pointed across the room to a lady I had seen a few times before; he urged me to ask her to sponsor me. I approached her after the meeting, and she asked me if I’d like to go to coffee; we ended up spending hours in her car. I talked and cried, and she listened. I told her that I was sleeping all the time and thinking of running my car into oncoming traffic. I had also thought I would have to drink in order for anyone to take me seriously. I was miserable and living on the crumbs of what AA had to offer me (although I didn’t know it at the time).

I started the process of going through the Steps again the next week. The gift of desperation made me willing to do whatever it took to get to the next level. I spent three to five hours per week with her, working on the Steps like never before. Step One proved harder than I had ever thought, as I had an incomplete knowledge of what it meant to be an alcoholic. I had always thought it was all the consequences I had suffered—the more you had the worse off you were. Boy, was I wrong; I got that beat into my head about the craving being the only thing that sets us apart from other drinkers. I’d had a huge problem with the “God” idea my whole sobriety.

At Step Two, my sponsor had me write my own definition of my Higher Power on the blank page in the front of my Big Book. In We Agnostics, it states, “ …  just as much as a feeling for a friend ... ” That was the first time I ever comprehended that small passage. I immediately wrote down the people who loved me unconditionally. I listed Jim and the way he made me feel in his presence. I was sure that feeling had to be God. It is an overwhelming feeling of love and admiration. I felt it in a meeting, and I felt it with my Grandma, and I always felt it with Jim.

Step Three proved to be less challenging than I had originally thought, given my newfound conception of my Higher Power. I got down on my knees in my sponsor’s office and said that Third Step prayer, and for the first time in my life, I felt an overwhelming sense of peace and a feeling that everything was going to be okay, no matter what happened. I immediately started my inventory, and I know that my new “GOD” helped me, as this inventory was the easiest one I’ve done so far. In eight months I completed the process of the Steps, and I read the first 164 pages of the Big Book and some of the stories in the back of the book.

My life has been an amazing ride from there. In May 2009, I started a candlelight meeting in Jim’s honor, outside on a rooftop. It’s been a year and a half since that group began, and it is amazing. I’d like to think I feel Jim’s presence as the wind blows on my face. I spoke in front of a huge crowd around the time I was 13 years sober. I am constantly amazed at the opportunities I am afforded as I continue to enlarge my concept of my Higher Power.

I started a daily morning meditation phone call because I was having the hardest time being disciplined enough to read my meditations in the morning. I am joined by my AA buddy, a man with 37 years sober, almost every day. Anyone else that wants to can join us and listen in on a variety of different daily readings; we close out the call with the Third Step prayer and a wish for a great day.

I am more willing to do anything for my sobriety today than I ever have been. I sponsor eight women, and they are the bright spots in my life. I recently applied to volunteer in a jail, and I regularly take a meeting to a handful of women there on Thursday afternoons with one of my sponsees. After some paperwork clarification, I have my own badge to volunteer, and I can not only go in but come back out!! I have been asked to speak numerous times, and I have been given a whole new life that I never thought was possible. Recovery rubs off on everyone I come in contact with. I am amazed at all the things I get to do today and the passion I have to always do more for AA and my sobriety. I have a drive that cannot be contained. I get to be a good influence on people today. I have a true happiness that comes from within.

I always thought if I had this or that, it would be enough; I looked for anything out there that could fill this big black hole inside me. I tried everything, and it left me feeling more hollow than ever. I have learned that it is never too late to get the inner peace this program has to offer, and the concept of a Higher Power doesn’t have to be as hard as I always made it.