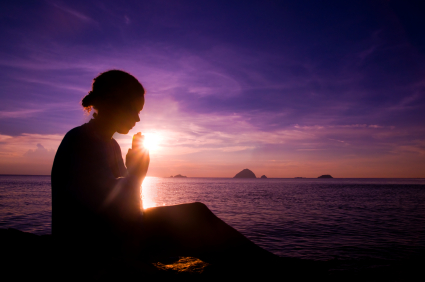 Web Exclusive: They Were Telling My Story!

By: Anne L. | Fort Worth, Texas
It took 57 years, but she finally heard the words that told her who she was.

I knew in my heart and soul that alcohol was a problem in my life but didn't have the courage to share that inner knowledge with anyone else. If I did, then I couldn't take it back; I would not be able to un-speak the words. I'd have to go forward. I'd have to then take the next step. But the day came in my life that I had to admit that I was “powerless over alcohol and that my life had become unmanageable.” This is Step One of the AA program, though I didn't know it at the time.

I knew, without a doubt of course, that I had been born with some part of my brain missing. I knew this because I felt different inside than what others felt; this conclusion was based on my outward observations of them and their behaviors of course.

I felt different because I'd see and hear others joking and kidding around with each other and saying things that I knew would cut my heart out if they were said to me. And, eventually, things were said and done to me that are with me to this day. My level of sensitivity was excruciatingly high and my self esteem and self confidence equally as low.

So, it didn't matter what I did in life, I had to try to do it perfectly so that I, along with what it was I had done, was perfect. One AA writer shared in our Daily Reflections the idea that they had obviously twisted themselves into a pretzel to get others to like them (p.101). After all, I also concluded, who would like me if I wasn't perfect?

When others got into trouble, I stored that knowledge for future reference, making sure I never made their mistake because I couldn't have withstood another human being's anger with me, or disappointment in me.

So my life went, with me doubling and trebling my everyday people-pleasing traits in a gigantic effort for love and acceptance. But, in my brain, I was apart from the rest of the world. No-one else knew what was in my heart. They didn't know the depth of fear of rejection I suffered. They couldn't tell that I was on the outside of life looking in.

But the older I got the more demanding my life became. I assumed the responsibility for my own life at the age of 17. I married, had children, and continued to work. The demands for perfection increased, for I had to be all things to all people.

But, somewhere in there, I began to have a drink or two and, for the first time in my life, the insecurities I felt could be calmed. My brain was given the chance to slow down and even hibernate for a while. But the drink or two became the drink or three, or four, or five ... until it wouldn't even dull that deep down self knowledge that I had some sort of a problem.

Not until I entered the rooms of AA did I finally learn about me or hear the words that would explain how my inner self felt. To think that I had to reach the age of 57 to find out who I was and who I had been my whole life.

Here's how it happened:

In meetings, I would cling to the words of others, realizing they were telling MY story except that I didn't know it was MY story until I heard it. Yet I did wonder how it was that they were talking about ME. Wasn't I the only person in the world to have warped thoughts and emotions keeping me company in my head throughout my life?

I'd hear people say things like “I was scared that what I did wouldn't be perfect and that people wouldn't like or love me,” or, “I never felt like I was good enough, not perfect enough, that I feel like such a misfit in this world, that my self-esteem is non existent, that I totally lack any kind of self confidence, or that I feel so lonely and apart from others.”

I listened to others talking about their “waking dreams” or, to explain it better, talking through a story in the mind that never actually happens. I heard others say that alcohol was the only thing that stopped the chatter in their head. I heard how alcohol allowed people to “fit in” or “have courage” or “feel normal.”

Someone shared that alcohol was a relief to whatever they needed relief from, even when they couldn't identify what it was they were trying to relieve. I listened to the words taken from the Twelve and Twelve by many who shared, where it says, “We have drunk to drown feelings of fear, frustration, and depression.”

Low and behold, in the pages of the Big Book, I also found passages describing the same feelings of utter despair experienced by many alcoholics as were being spoken of in these meetings, the same despair that was an undercurrent of my life.

I read and understood the words in the Big Book that say, “Then he will know loneliness such as few do. He will be at the jumping-off place. He will wish for the end.”

With no better answer to these emotions than dulling them by alcohol, I too had trudged on, ever the people pleaser, the strong one in the family, doing everything possible for everyone I knew in any situation, just so that I might never hear a negative word said of me. You know, that terrible sensitivity we alcoholics suffer from which so easily hurts our feelings.

The GOOD NEWS was that the sharing in these meetings wasn't limited to the pain and suffering of our lives thus far.

At the heart and soul of my inner-most self, I held on tight to the “rest of the story,” to the words spoken by these same people who said that they now laugh at things they used to cry about, that they were joyous, happy, and free, that they had tools with which to live by.

Suddenly, and for the first time in my 57 years, I realized that I was not alone in this world. That, if I had actually been born with something wrong, so had all these other people I was listening to. For the first time in my life, I didn't feel so alone and I definitely knew I belonged. I had true friends. I was home at last and there was the promise of a new freedom in the life that lay ahead. I'm still working on all the emotional “stuff” but I'm doing it with people who understand and who have found answers within the program which guide this recovery. And, daily, I thank my Higher Power, whom I choose to call God, for giving me the strength to do so.