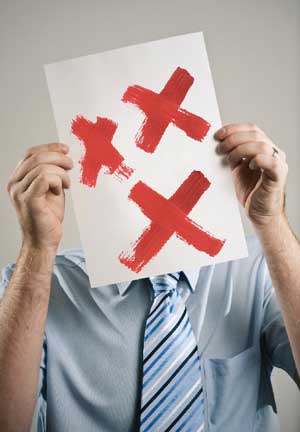 By: Jack B. | Oakland, New Jersey
He thought his differences would not let him stay, but Tradition Three said no way

TRADITION THREE: The only requirement for A.A. membership is a desire to stop drinking.

When I came to AA at age 21 I had to overcome not one, not two, but three obstacles that made getting sober more challenging than it needed to be. The first hurdle was that I was too young. There were nothing but older folks in my first few meetings, leaving me feeling alone and very different. The average age in the room was more than double mine.

Second was that I was gay. I knew I had to be the only gay person in AA for sure. Everyone was talking about his or her spouse, while I hadn’t even had a real adult relationship yet.

Finally, I considered myself to be either an agnostic or an atheist. As a result of my religious upbringing, I entered AA with feelings of worthlessness, fear of rejection and shame. Meetings often closed with the Lord’s Prayer, and were filled with numerous references to God. I thought there was no way this Fellowship was going to be right for me.

But I was desperate and had nowhere else to turn. In one of those early meetings someone said, “The only requirement for membership is a desire to stop drinking.” That, I surely had. My drinking was daily and around the clock. And even though I was “too young,” I was consuming mass quantities of alcohol and having blackouts all the time. So even though I felt terribly unique, I needed what AA had to offer to stop drinking. So I stayed.

It’s been 32 years since those early days, and it’s almost embarrassing for me to admit that only in the past year have I been completely open about my identity in mainstream meetings. I feel a growing obligation to share about the hurdles that held me back in those early days of my recovery. Now I can share this for those who may struggle similarly—and for myself. My openness is the best indication of my own self-acceptance.

So dare to be as authentic as you can. Sameness is boring. I am grateful my terminal uniqueness didn’t chase me away from AA. Today I celebrate the differences that made the beginning of my recovery difficult. The Fellowship made me feel like I belonged for the first time in my life. I owe a debt of gratitude to those who supported and accepted me as I am. As a result, I’m at peace with myself and life is good. Thanks to the Third Tradition.