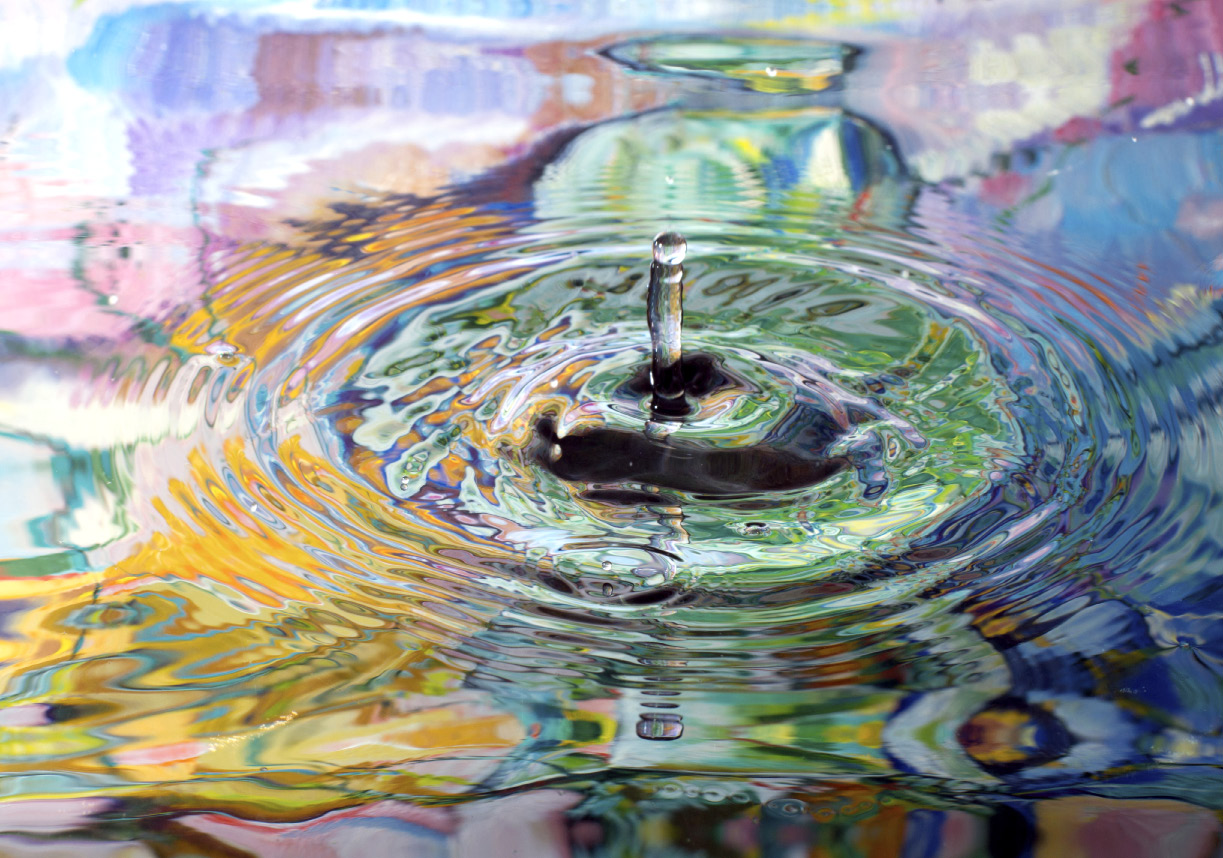 The longer he stayed sober, the more he saw how AA changed lives around him

My name is Gene and I loved to drink. I consumed large amounts of alcohol with little or no ill effects. The only serious consequence of my drinking was getting thrown out of a prestigious university for atrocious grades. That debacle taught me the secret of the high-functioning alcoholic. People who excel at work can drink as much as they like. Throughout my time in college and into my working years, that attitude served me well. As long as I produced exceptional results, no one really cared about my drinking.

In fact, right out of college on my first day of employment at a well-known computing company, I was invited to lunch by a fine fellow who escorted me to the local bar. We didn’t go back to the office, but that didn’t matter.

In a roundabout way, I was introduced to sobriety five years before I got sober. My parents were Irish immigrants, as was my father’s sister, my aunt. She was a wisp of a woman with a drinking problem. We believed she was not an alcoholic because occasionally she would sober up for a week or two. But her life was dismal. She lived in a rat and roach-infested SRO hotel in Harlem and slept on a urine-soaked mattress.

Her brother back in Ireland—my uncle—had 25 years of AA sobriety. He heard of her situation and came to take her home. He took care of the paperwork needed for her return, bought her ticket (and a half-pint of whiskey in case she needed a few sips on the plane) and got her washed and into clean clothes. He took her home to Ireland. The week I spent with my uncle was a delight, but I couldn’t help pitying him, for he drank tea instead of the beer I was savoring. My aunt never got sober but at least she was cared for by a loving family. I know now that my uncle’s visit to retrieve my aunt showed me two versions of my future. I had a choice. I could become my aunt or I could become my uncle.

Four years later in 1982, problems arose in my marriage. My darling wife started going to a therapist and left me because of my drinking. She took our 4-year-old son with her. They were the most important people in my life.

I went to my first AA meeting the evening after my wife left. It was a candlelight meeting at which a young woman named Jennifer shared her story. I identified with her when she talked about the fun of the New York midtown bars and parties. But then she went on talking about the horrors of alcoholism, which was something I hadn’t experienced. Even so, by the time she was finished, I knew I was an alcoholic and that I could no longer drink. I knew my days of drinking were over.

The idea of not drinking for the rest of my life was overwhelming, but my new friends simply recommended that I stay sober until tomorrow and come to another meeting. I thought I could manage that. I asked an experienced man to be my sponsor. I also committed to attending 90 meetings in the first 90 days, and I avoided the places where I drank. I really wanted what AA offered. One week sober became two weeks, just as one year sober became five and then 10 and now 28 years.

I was sober three months when I had my first spiritual experience. I was overlooking a lake on a beautiful October day, troubled that my wife would not accept the beautiful elegance of the AA program no matter how hard I tried to explain the benefits. Suddenly, I realized that it was not my job to change my wife. She had her own Higher Power. My job was to be the best husband I could be, to treat my wife with love and kindness. It was in God’s hands. Amazingly, as soon as I stopped trying to fix our relationship and focused on loving her, we began to heal. She returned with my son, and over the years our love has continued to grow deeper.

One evening, at 18 months sober, I had a another spiritual experience. I was walking to my AA meeting thinking that I knew everything everyone would say and thinking there was less and less reason for me to go to meetings anymore. Suddenly, I realized that my relationship with AA had to change. If I didn’t need the meetings, then the meetings needed me. In order to remain sober, I had to carry the AA message to others. I had been “taking” in order to get sober. Now I had to begin “giving” in order to stay sober. Since that night, I never questioned whether to go to a meeting.

My years in AA went on with a remarkable lack of drama. I settled into a pattern of three or four meetings a week. I acquired sponsors and sponsees and served my AA group. I carried the AA message to newcomers. Jobs came and went. Potentially wonderful business ventures failed to bring forth expected results, but I stayed sober. Although life was often hard, on the whole I became modestly successful while working with many brilliant and powerful people.

During these years, I discovered two principles that promised a happy life: love and service. I realized that character defects were merely habits that interfered with my happiness, and I took steps to alleviate them. I learned that I myself was the only person injured by my resentments and I took steps to relinquish them. I learned that I could choose my actions based on principles rather than feelings, and if I did, the feelings would change. I had become a very happy man.

I also learned that humans are storytellers. To a large degree, we make up our own reality. We can choose self-pity and live in a sea of woe. Or we can transcend our feelings and live in joy. It took time and practice, but this approach worked.

Several other important things have happened over the years and I call them the ripples of sobriety. After I had six months, a former drinking pal called to talk about AA. I told him AA was pretty good. We spent time together, playing poker and going on fishing trips. A year later, on Christmas, he called again to say he wanted to join my “country club.” By January, he was in a rehab. He joined AA and got more than 20 years of continuous sobriety. He spent the last part of his life as an alcohol counselor. After his death, my friend’s wife called me to thank me for giving back to her a loving husband and father. I cried.

But the most important ripple occurred in my own family. Seeing how well I was living, my brother-in-law joined AA too. Then my sister—his wife—stopped drinking. This let my niece and nephew grow up in a loving family unscarred by alcoholism. Some time later, my younger cousin got sober, and she and I recently shared her son’s first AA anniversary celebration. I don’t know how my decision to join AA all those years ago affected these events. But it’s just possible that it may have resulted in a long chain of positive events.

In 2010, I learned I had incurable leukemia. I was told I had just a few months to live. Some 25 years before, I faced a choice: drink or embrace AA. Now, this diagnosis has caused me to assess my life. I concluded that I have led a meaningful life, one without significant regrets. But how would I live what remained of my life? To me, the choice is obvious: continue to carry the message.

That very evening at my meeting, I shared about my situation, my diagnosis and my decision to remain engaged with AA. Next to me sat a young woman just starting AA. The following week, she told me that she had planned to dump the whole AA thing and go out drinking, but she stayed in AA because of what I had shared. That woman now has 18 months sober. Today, she texted me to say she got her first sponsee. I cannot imagine a greater gift.

I received a second gift a few months later. A woman from another meeting told me that 20 years earlier she’d had a relapse, and was reengaging in AA. At that time, I had told her that there was a difference between having a slip and being a person who slipped. That simple comment, she told me, saved her life. She had been planning to drink that night. Instead, she has 25 years of sobriety, helping many people along the way.

I’m now 15 months beyond my expiration date. And I have continued to carry the message and practice the principles. Spending time in the hospital has added a third guiding principle to my life, along with love and service—compassion. Although I can’t alleviate the suffering of cancer patients and their families on the floor, I can sympathize. With compassion, I think I’ve finally become a complete human being.

When I joined AA, I was a nasty piece of work. My role model was Darth Vader of Star Wars fame. I enjoyed belittling those I worked with and laughing about their incompetence in the bar after work. Alcohol turned me into a truly hateful person. Now, through AA, I approach death as a profoundly loving and happy man.

Editor’s note: Gene died after a two-year battle with leukemia. He was 62 and had 28 years of sobriety. He wrote his story and gave it to his sponsee, John K., before his death to place it “where it might help another alcoholic.”

The longer he stayed sober, the more he saw how AA changed lives around him