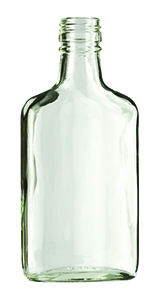 By: David S. | New York, N.Y.
Why one member needs to hear about someone’s desperate need for booze

The purpose of AA’s Twelve Traditions is to remind me of the importance of unity and to keep the doors of AA open for the alcoholic who still suffers. But I had no idea about these Traditions the first time I descended the steps to a church basement on a Saturday night, many years ago. If it hadn’t been for Tradition One in particular, there would have been no one getting sober down there in that basement, all those years I spent drinking upstairs.

At that meeting no one requested an admission payment, handed me a membership application, assigned me a seat number, tried to sell me anything or instructed me as to what I could or couldn’t say. I sat in the back row, one hand clutching a cup of coffee and the other hand clutching a copy of the New Yorker I had brought along. The magazine was an expression of my ambition for fame, or at least recognition. But the men and women who shared at that meeting were not concerned with celebrity; they were talking about the one subject that I never wanted to talk about or have anyone mention—drinking. And the remarkable thing was that they were talking about their own drinking.

Over time, as I listened to their stories, I began to hear my own and recognized the progressive nature of my illness, from beer drinking on the weekends with my teenage friends, to long hours on a barstool in my 20s, to the solitary daily drinking and frequent blackouts at the end. I needed that laser-like focus on the problem—and the solution—to penetrate the thick layers of denial that had kept me in bondage to booze most of my life. That focus on alcohol, alcoholism, and Alcoholics Anonymous has provided the common ground on which I now stand with other recovering alcoholics.

At a recent AA meeting, while reading the Preamble, a member substituted the words “addiction” and “addicts” for alcoholism and alcoholics. I’ve also heard some who casually or militantly affirm that “a drug is a drug is a drug,” using this mantra as their defense for speaking at length about substances other than alcohol. Then a few years into recovery, I heard a man tell his story, which mostly dealt with drugs, some with exotic names I had never heard of. As he shared about “using” and “copping” but never drinking, frustration built in me. Take a drink already, I thought, I’m getting thirsty!

I won’t try to justify my visceral reaction—for me, identification in AA begins with drinking. The most compelling, heartrending story will leave me unmoved if the speaker has not established that he or she knows what it is to be in desperate need of alcohol. Perhaps that man needed to speak as he did in the process of coming out of denial. At 90 days, I led a meeting and focused on the drama of my “tragic” adolescence, hardly mentioning alcohol.

But every organization, including a spiritual entity such as AA, has a tipping point. If growing numbers shared exclusively about drug use without relating these issues to their alcoholism, there would be a significant problem. AA has a gigantic bank account, but its assets are spiritual. We can either add to that account by practicing singleness of purpose or draw on the account by substituting other issues for alcoholism. AA will survive members speaking solely about their drug experiences here and there. But if there is a wholesale run on the account, then those spiritual assets that make AA so attractive to drinkers will be dissipated.

Some years ago I sat across from a well-dressed woman on a subway train. As the car doors began to close, the woman flung the remains of her snack, including a large container of soda, onto the station platform. Then, in a gesture of meticulous fastidiousness, she sought to brush every last crumb from her clothing. The incident was remarkable for the casualness of her refusal or inability to recognize that she was not an island but part of her surroundings.

To varying degrees, we litter AA’s spiritual landscape and our own when we work against AA unity. Coming of age in the counterculture of the 1960s, I certainly did many drugs. However, I’ve learned to discuss them—the group permitting—not for their own sake, but solely and briefly in the context of how they led me to the bottle or served as a substitute for the bottle. To go beyond this is to try to make the case that I’m special or different; it’s a way of showing off.

Like many of us, I didn’t pay much attention to the Traditions for my first few years in the program. As I reclaimed my life, the Twelve Steps were my understandable priority. But as time passed, I came to see that I had an investment in AA: without it, I would perish. It was also made clear to me that the enemy is within, not outside, namely the dictates of my ego. Thus I was led to see that I’d have to sacrifice my desire for being different from others where the good of the Fellowship is concerned.

The long form of Tradition One begins, “Each member of Alcoholics Anonymous is but a small part of a great whole.” Small that part may be, but it’s significant in preserving that wholeness so that we, and AA, may survive and continue to grow.