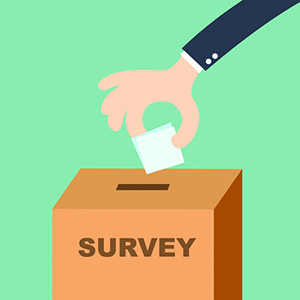 My Vote: No Opinion

It’s election time! Members are stressed and rattled. Time to share about it? Uh ... maybe not

When I was in very early sobriety, a woman who always had an amazing way of sharing attended my home group. She was funny, sharp and always seemed to say something I identified with and needed to hear. It was as if my Higher Power cleverly had her say words just for me.

At that time, the country was heavily focused on a presidential election. News organizations covered it nonstop. Many of my conversations with my family centered on the presidential debates and the candidates. The election was almost impossible to avoid.

During one of our home group meetings one day, the woman I so dearly loved to listen to spoke up. She talked about one of the two candidates and that candidate’s political party. It just so happened that I supported the opposing party. Not only did I not agree with her point of view, but I felt offended by her words.

I didn’t speak at that meeting but later I told my sponsor about what had happened. We had a lovely discussion about acceptance and the Tenth Tradition. I felt that if this woman had truly understood the full scope of Tradition Ten and the impact of her words, she would have spoken differently.

Now when she shared, I found flaws in everything she said. I even hoped that at meetings she wouldn’t be called on to speak. I no longer heard any message of recovery in her words.

My sobriety has progressed over the years. I don’t put as much stock in what other people say in meetings about their personal beliefs. I can easily discard words I don’t agree with or dislike. We all can learn from the example of the many once hugely successful Washingtonians, whose demise strongly influenced our Tenth Tradition.

As with everything I find offensive, I need to look at myself and see what I can learn from the experience of feeling offended. I take special care not to voice my political opinions or my view on other controversial topics at meetings or with my sponsees. Recently I asked one of my long-time sponsees if she knew which political party I support, now that we’re barreling into another presidential election that will undoubtedly be contentious.

She said she had no clue. That’s exactly the response I wanted to hear. I still look forward to hearty political discussions with my family but I don’t ever want anyone in the rooms, especially newcomers, to think that what I say in meetings and my sobriety are flawed based on my personal opinions on outside issues.