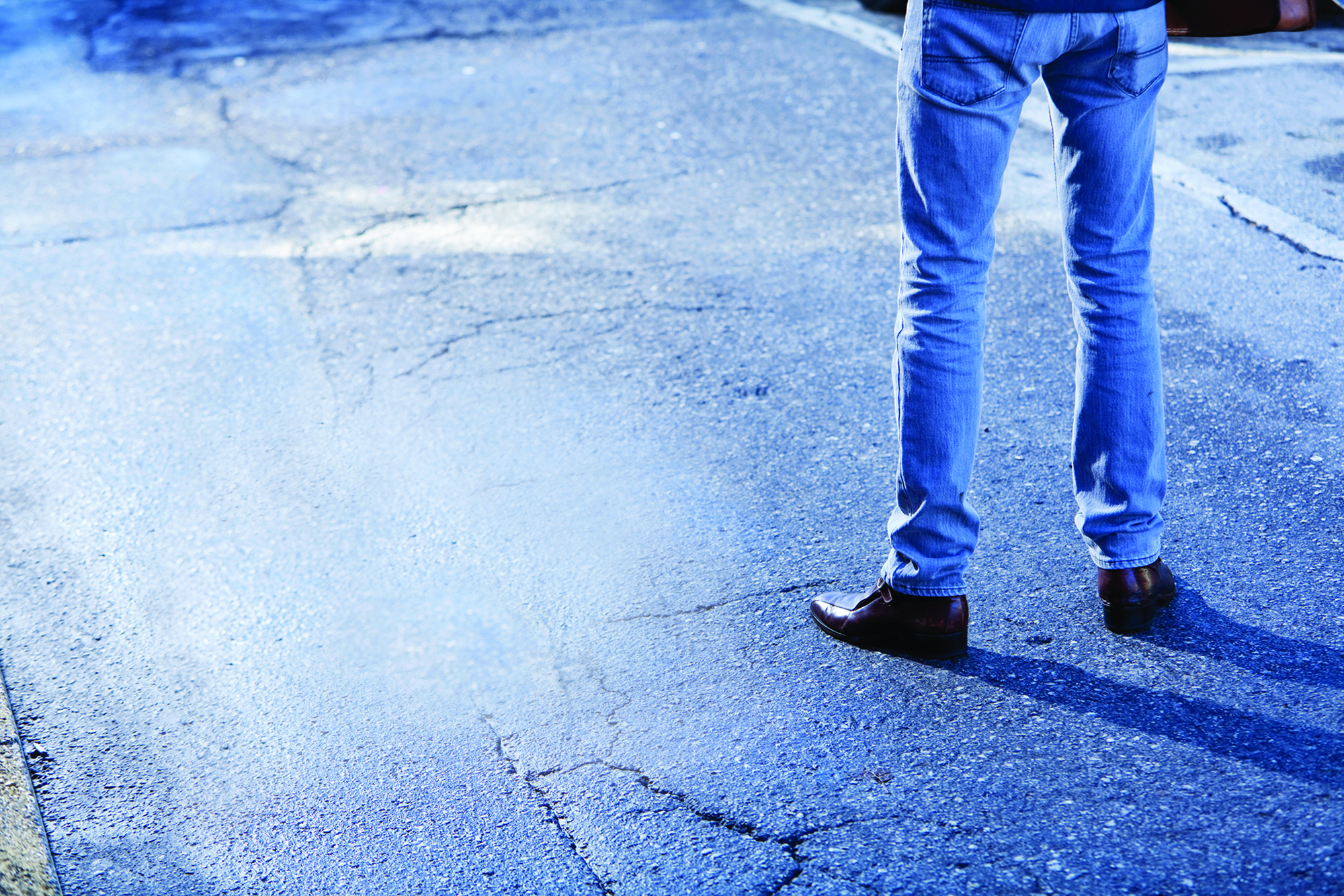 By: Gary K. | Hoover, Ala.
Stranger things have happened at an AA home group, but this Sunday morning’s was pretty good

A few years back, I had one of the most bizarre moments of my sobriety. And it happened at my Sunday morning AA meeting in Birmingham, Alabama. The meeting’s called Busters. From what I’m told, our group was originally a branch from a group down on the Gulf Coast. Busters meets one time a week, early Sunday morning. My first visit to Busters was in early 2010 when I had just six months of sobriety, and it’s been part of my Sunday mornings ever since.

The Busters group used to meet in a bar for the longest time and it was not a nice bar. We had a felt tablecloth that we put over a pool table so the chairperson could use it as a table. The group joke was that the tablecloth was “to keep our stuff clean” not to protect the pool table.

Eventually, the bar was the site of an arson attack. In the fire, we lost all our meeting supplies, which we kept in a storage area below one of the booth seats in the pool room.

Our group met in temporary quarters for a while. First, we met at a member’s home for several weeks and got spoiled by some great baked goods and frittatas. Then we met in the office space of another group member, Tom, who worked in sales. It was at this location where the events of this story took place.

As with most home groups, a regular handful of members always come early to visit before the meeting and to help set up. So it was on this spring Sunday morning that Clint, Ken, Young Jack and I were in the parking lot talking, waiting for Tom to arrive with the key to the building. While discussing the group in general, Ken brought up the fact that we had lost all of our group’s supplies in the fire.

Right then, one of us remembered that we had a newcomer (let’s call him Rick), who was scheduled to pick up his 60-day chip that morning. At the meeting the week before, Rick had been sharing about getting his chip and how excited he was about the upcoming achievement.

Right away, we tried to figure out a way to get a chip for him. Could one of us drive home and get one of our own chips in time to be back for the meeting? Was it too late to call someone and ask them to bring one? It was not looking good.

As we discussed our options, another group member, Old Jack, pulled into a spot at the far end of the parking lot and remained in his truck for a moment. This was not unusual parking behavior for Jack. I had never seen him move in any other than one speed. It was not slow, but it was not fast. And he always sat in his truck for a moment regardless of what meeting he was arriving at. In the meeting rooms of Birmingham, Jack was referred to as “Old Jack.” That may have started at Busters. Having two Jacks, we just took to calling one “Young Jack” and the other “Old Jack.” Old Jack was well-known.

Finally, Old Jack got out of his truck and walked toward us. It had become clear that there was nothing we could do about the chip for Rick that morning. We would need to replace our supplies and give him the actual chip the next week.

As Old Jack approached us, we moved on from the chip discussion and spoke of other matters. Then Old Jack spoke up.

“Y’all are not going to believe this,” he said, telling us that the day before he had been to another meeting in Birmingham, the Jaffi Group, where he was asked to hand out the chips. Jaffi had always used an “open basket” chip system. Whereas other groups are a little more organized, Jaffi simply had all the chips in a shallow wicker basket and the person handing out chips would dig through the basket and find the appropriate chip.

Old Jack had us laughing hard as he explained he “dropped that damn basket” and the chips went everywhere. He said it took forever to pick them all up as the meeting moved on. Later that day, he said, he noticed that he was having a problem with one of his feet. “I just kept thinking that something was not right with my foot when I walked,” he said. “When I got up this morning and got dressed, I noticed my foot was still bothering me.”

What Jack said next was most likely my first “God moment” in the rooms of AA...

“So anyway, I was sitting in my truck over there just now,” Jack told us, “and I reached down and took my shoe off. As I raised it up, this damn two-month chip fell out of it! I had been walking around with this thing in my shoe since that meeting yesterday.” Old Jack then held up a 60-day chip in his hand.

When we explained to Jack what had just transpired, he had a very simple response: “Well, I’ll be damned. Ain’t that something.”

Newcomer Rick showed up that morning for our meeting and received his 60-day chip. It was the only chip we gave out that day and it was the only one we needed.

When I look at the string of events that got Rick his 60-day-chip that morning, I can’t believe that it wasn’t some sort of intervention from a power greater than ourselves.

A lot of time has passed since that memorable Sunday morning. Old Jack has passed on, sober. Some of the group’s members in this story have passed as victims to the disease of alcoholism, some members we’ve lost to natural causes and some have simply moved on. The Busters Group continues to meet every Sunday morning.

Some things you just can’t make up. When Old Jack showed up that morning with his tale of the 60-day chip, to me, it was God doing for us what we could not do for ourselves.