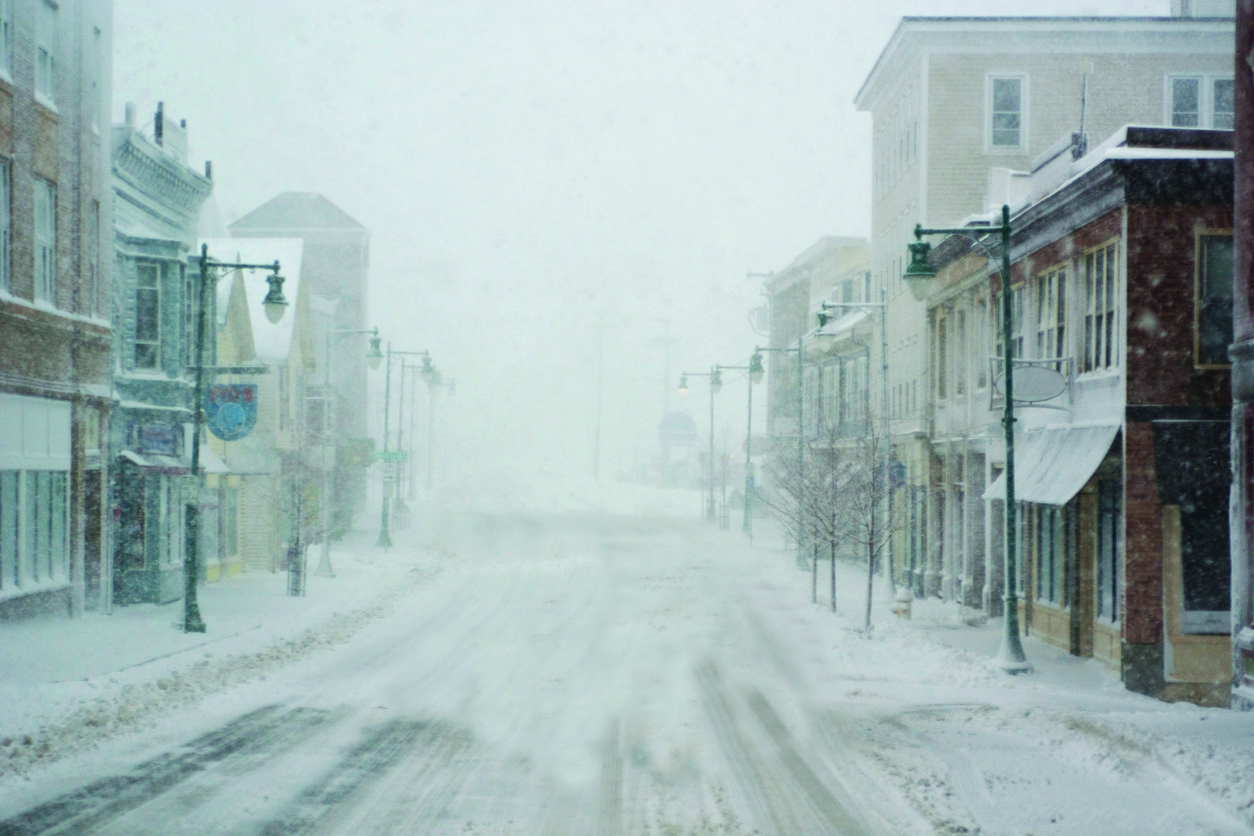 Neither snow nor rain

I live in a small town north of Pittsburgh. Last winter we saw our share of single digit temperatures and snow storms. I work at a large local hardware store. I enjoy walking to work, for it allows me to talk to my Higher Power.

This one particular day was bitter cold, with snow everywhere. The roads were covered with slush and ice. Walking home after work, I noticed that the beer distributor and the local bar not only had clean sidewalks, but they were completely dry!

I had to laugh, for those very sidewalks were my priorities for years. But this night, I walked right past them, got home, got warm and thanked my Higher Power for his grace and for all my meeting rooms. Thank you, AA.

A while back, I fell and broke my femur bone. Not good for a 100-year-old alcoholic. I ended up in a nursing facility for two months.

Finally, Jim, who I sponsor, came in and said, “Bob, I’m getting you out!” I was ecstatic. Jim then wheeled me out to the patio. My daughter and my three AA sponsees were there. “We’re a team,” Jim said, “and we have a plan to get you home and cared for.”

I can’t tell you how the return home felt. My sponsee Robert moved in to stay with me at night. At 6 a.m., a fellow AA came in to care for me until 9 a.m. Then another sponsee would care for me from 3 to 6 p.m., when Robert returned home. My sponsees are good cooks, so I was well-fed. I had a house cleaner as well as someone to do the laundry. My lady friend of 14 years spent the weekends with me.

I now need less care and I can cook by microwave. When I’m alone, I wear a 911 call badge. Being home and living a close to normal life is a true gift from my Higher Power.

My 72 years in AA got me these wonderful sponsees. My grateful heart thanks all my caregivers and dear AA friends.

One is not enough?

Each week, we meet in a living room for an AA meeting that focuses on readings from Grapevine. The articles serve as the basis for spirited discussion.

One night, I chose a story from the February 2018 issue. I said that I was pleased to find an article about a chapter in our Big Book, but I think that observation was lost on the room. As I read the title of the story, “How I Learned to Love ‘To Wives’” I got back odd, curious, almost disapproving looks—especially from my wife.

After completing the reading and making a few comments on how this Grapevine story had led me to a healthier perspective on that chapter, I still saw odd and curious expressions around the room.

I opened the meeting for comments and soon became the confused one, as I listened to the sharing. All of a sudden, I realized that I had been the only one in the room to actually see the title as written. Everyone else had heard me read...“How I Learned to Love Two Wives”!

My sponsor once told me, “You’re trying too hard.”  I asked her what that meant. “You don’t have to prove anything to anyone,” she explained. “You are fighting for approval you will never get.” She said she understands me because she lived it; she knows me because she was me.

My sponsor said she wasted years of her life feeling like a piece of you-know-what, while she begged for validation from a well that was dry. “It’s like banging your head against the wall,” she said. “It’s like shopping for oranges in an apple store.”

Her advice? “Get the heck out of the store!”

I learned that by the time I finally get the approval I feel I need, I probably won’t even need it anymore.

Note to self: I’m not the rider, I’m the horse. Enjoy a slow recovery!

No harm in being polite

Thirty years ago, my sponsor, my home group and many of the old-timers there taught me to arrive early, shake hands and welcome new and old alike. We were expected to get our coffee, sit down and listen. We were also expected to read the Steps ahead of time and come prepared to discuss.

Back then, we had to set up and take down chairs, wash coffee cups and clean up cigarette butts. Everyone pitched in. I learned more than just sobriety; I learned how to live in society among others.

I’m not perfect, far from it. But I always try to show sponsees proper AA etiquette. Though I am restless and can’t sit for long, I try not to be disruptive. I respect AA and fellow AAs. Maybe too much sometimes.

Now don’t get me started on cell phones!

When I had 10 months of sobriety, I volunteered for a one-month scuba diving expedition in Bermuda. Thirty of us from all parts of the U.S. stayed in a fort that was used as a tourist spot during the day. While the visitors toured, our group dove and mapped the ocean floor.

All went well, except that at night the fort was locked up with us inside. After dinner, the party would start. Lots of drinking went on, as well as other things. What would I do?

Each of us was allowed to leave the locked fort two nights a week, so I searched and found an AA meeting on the island. Both nights, I was picked up by local AA members and taken to the meeting. On the other nights, while everyone drank, I sat on the grass inside the fort and watched the sheep and read Grapevines. The local AAs supplied me with many copies during my stay. Grapevine literally saved my sobriety.

And what a surprise. When I got back home, and my AA anniversary came up, I received a congratulations card from the members of that nice Bermuda AA group!

Today, 32 years later, I still share this story. It was my first amazing example of one drunk helping another.

This past year, AA members at the 63rd Florida State AA Convention in Doral, Florida were transported back in time exactly 50 years with our “The Groovy Grapevine Jeopardy/Hollywood/Price/Match/Dating Game Show,” featuring groovy outfits and hit music from the era. Famous D-list celebrity grapes traveled all the way from Hollywood, Florida and were tested on their knowledge of early AA Grapevine history to win some fabulous prizes from the Convention’s groovy literature table.