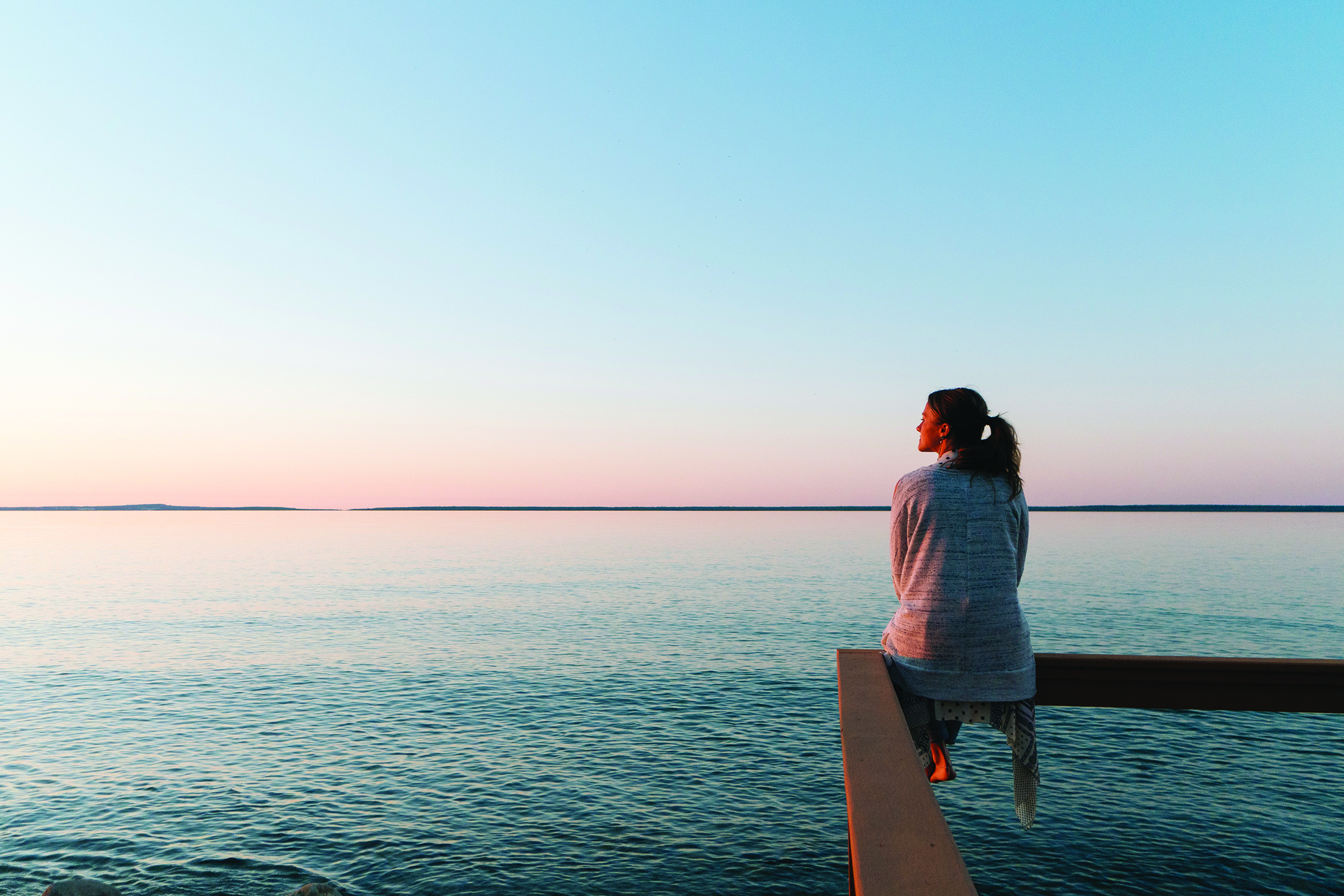 By: Nancy C. | Cincinnati, Ohio
At 27 years, she hit a rough patch with her Higher Power, but picked up a pen and found a way to keep talking

When I first came to AA, I was agnostic and very skeptical of prayer. I didn’t have much use for a God, if there even was one. I thought prayer was a form of self-delusion.

But I heard people talk in meetings about the power of prayer and how it was a working part of their recovery. I decided to conduct a scientific experiment to prove to myself (and everyone else) that prayer didn’t work. Instead, I proved to myself that it did work, even when I didn’t think it would.

Soon I found myself saying the Third and Seventh Step Prayers every day. The prayers worked for me through the years, through marriage and divorce, and later through the death of my ex-husband. They worked when I got sick and couldn’t go to meetings. They worked when my nephew got sick. I kept praying when my mother died, when a dear friend died, when a long-term relationship ended and when my home group dissolved.

Over the last few years though, with each new loss, my trust in my Higher Power eroded just a bit. I felt like I was still on the right path, but the way was becoming steeper, rockier. I found myself working harder to see the positive, to trust that everything was going to be OK. I began to secretly resent people at meetings who trusted their Higher Power and spoke only of the good they received as a result. I became less tolerant in general and found myself avoiding difficult people and places. I kept praying but didn’t completely trust that my HP and I were on the same wavelength anymore.

Then my nephew died. My heart broke, my rage exploded and my willingness evaporated. I simply couldn’t accept that this gifted, funny and kind young man’s death was somehow a part of “God’s plan.” Grief overwhelmed me.

What was left of my trust in a Higher Power crumbled to dust. I refused to pray to a God so cruel and unfair. I tried believing there was no HP, but I just got angrier. Fearful I’d drink, I finally called a truce with my HP. I could ask that others be helped and I would say thank you for my sobriety. But I would not, could not, say the Third and Seventh Step Prayers. As Bill W. describes in our book Twelve Steps and Twelve Traditions, “We are seized with a rebellion so sickening that we simply won’t pray.”

I’ve existed in this limbo for a while now, mistrusting my Higher Power but needing one anyway. My sponsor has been patient, but lately I’ve felt the need to move on from this half-life, worried that at 27 years sober my reprieve was running out. But still the words of the prayers for the Third and Seventh Steps stuck in my throat.

Recently though, I remembered an AA friend’s assurance that God was big enough to take my anger. Could a Higher Power take my defiance, brokenness and confusion too?

What if my problem wasn’t the prayers, but in my conception of a Higher Power? What if my HP welcomes my rage and defiance? What if my HP makes better use of my flaws than of my good intentions? What if stubbornness and confusion are my path? What if my HP enjoys my slightly off-kilter perspective and caustic humor? What if my HP wants me to be direct and honest instead of perfect? What if I offered myself as I am right now, not as I wish I could be?

As an exercise, I wrote out the words to the Third and Seventh Step Prayers, then added phrases that make them true for me now:

Third Step Prayer: God, I offer myself to Thee—to build with me and do with me as Thou wilt. (I may as well; ignoring you doesn’t work, and I am out of better ideas.)

Relieve me of the bondage of self, that I may better do Thy will. (Or don’t, and watch me twist in the wind trying to do your will with my bondage of self; take your pick.)

Take away my difficulties, that victory over them may bear witness to those I would help of Thy power, Thy love, and Thy Way of life. (Or allow me to bear witness to your awful sense of humor and twisted path to progress. It’s your choice, apparently, not mine.)

May I do Thy will always! (Because I suspect that I better do your will from my pain, defiance and confusion than by trying to comply with what I imagine to be your will. You are twisty and unknowable, and my intentions count for nothing.)

Seventh Step Prayer: My Creator (you jerk), I am now willing that you should have all of me, good and bad. (Indifferent, defiant, wrong-headed, stubborn and deeply flawed as well).

I pray that you now remove from me every single defect of character which stands in the way of my usefulness to you and my fellows. (I won’t count on it though. Perhaps the glimpses of freedom I occasionally see will be enough for me to go on. Fine.)

Grant me strength, as I go out from here, to do your bidding. (Or don’t. I can crawl, whine, whimper in my weakness and confusion. I will still go forth and try. Fail probably, but I will keep trying. So, grant me strength or grant me pain. It’s up to you.)

Just for today, I can say these prayers. I can speak directly to this Higher Power and I can tell the truth, however awful it might seem.