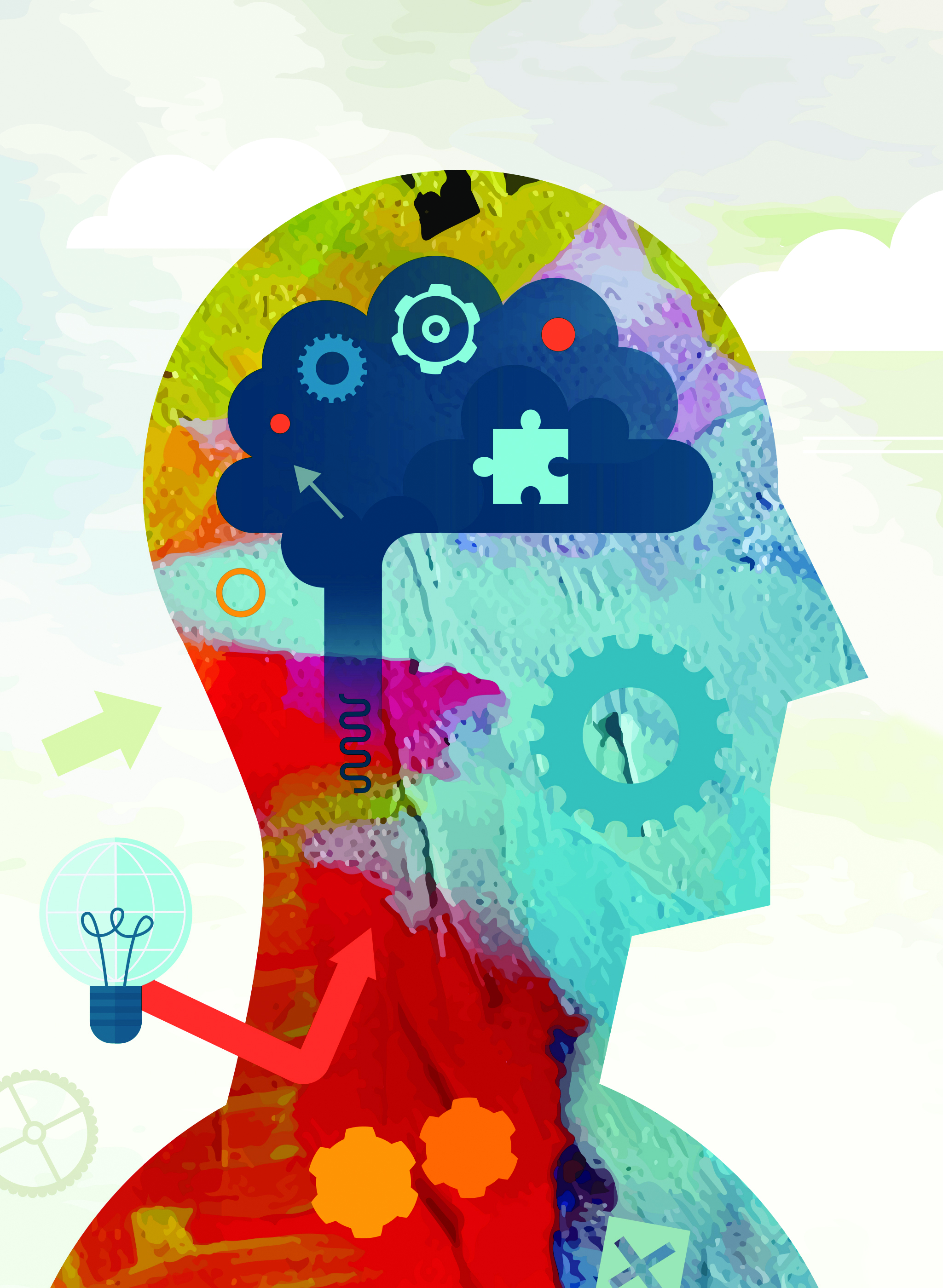 Son of a rocket scientist

By: David M. | Denver, Colo.
His analytical mind had to see results of a Higher Power at work. Thanks to his sponsor, he could show you it on a chart

I am an analytical person. My tendency to analyze seems to have been passed to me genetically, I’d say. I’m the son of an engineer, someone who worked on missiles and rocket systems for the government for 38 years. I’m literally the son of a rocket scientist.

When I was 10, we were watching the movie The Poseidon Adventure and he leaned over at the scene of the capsized ship and said, “The size of the air bubble would not keep all that steel afloat. That ship would go to the bottom.” You don’t even want to hear what it was like watching the TV show The Six Million Dollar Man with him!

This past Sunday in my home group, the 7:00 a.m. York Street meeting in Denver, Colorado, the topic came up: “How do I know if it’s God’s will, or my own?” I’ve always leaned toward a more agnostic take on the idea of a Higher Power, but being analytical by nature, I looked inward at my program and looked for results and evidence. If I were to pick a random card out of a deck, I would tell you my chance of drawing, say, the queen of diamonds, is 1 in 52. Now if I drew that card twice in a row, I might chalk that up to odd coincidence. If it happened five times in a row, I’d suspect there were forces at work behind the scenes to make this happen. With regard to my AA program, there have been numerous times where it seemed, to my mind, that forces were just that—at work behind the scenes.

Early in my sobriety, back when I had under 90 days, I traveled for work and spent a good number of those days, when I wasn’t working, in an AA meeting room on Commonwealth Avenue in Fullerton, California. I wasn’t a very good newcomer—I was prone to leaving mid-meeting, loudly. When I talked on the phone to my sponsor about this habit of mine, he’d ask, “Why did you leave?” I’d inevitably give the same response: “It was another ‘God’ meeting.”

During one of these early wobbly times I left a meeting, angry and determined to go drink. I didn’t know anyone in Fullerton outside of that meeting. I stormed out and began walking with a quest to drink.

I hadn’t gotten more than a block or two away from the meeting when a man called out to me. He was a guy named Daniel. I’d seen him in the rooms. He was a big-hearted, tough man who’d used the program successfully. I explained to him what I was headed to do. “Why don’t you come to my house and we’ll have a little meeting and talk,” he said.

“I’m not going anywhere,” I replied. “I’m done. I don’t want to go to your house.” He just looked at me and said, “Well, that’s odd, because you’re standing in front of my house now.”

So we had our meeting. I didn’t drink and I gained a little—dare I say it?—faith. Now, was that my Higher Power at work, putting me right in front of Daniel’s house? I don’t know. But through nearly six years in the program I’ve had days where I’m wobbly and stuck in the stew, and then right out of the random blue, Jason B. from California or Jorge E. from Austin (or any of a dozen other littermates) will just call up and say that I’m in their heart for some reason.

Coincidence? Maybe. My will? Probably not. Maybe a little divine intervention? I can’t say. But I’ve dealt that queen of diamonds an extraordinarily high percentage of times. And I’ve heard many other people in AA mention the exact same thing.

My analytical thinking always leads me to look at results. My results at staying sober and controlling my drinking before working the Steps were similar to those of most people in the program. Some bargaining, a lot of lying, plenty of excuses and shame, then repeat. My results after AA—better. And quantifiable, which for an analytical guy like me helps me to hit my knees, even if I can’t explain the “what” or “who” that is behind my praying. I need merely look at the results and see that it works.

An example of this is the Ninth Step Promises. During a particularly faltering spell in my second year, I told my sponsor that the Promises weren’t coming true. He suggested I write them down individually and put a percent next to them to rate how much I felt the Promises were working. The bookmark I use in my Big Book was the only thing I had to write on so that’s where I listed the Promises and those first percentages. New happiness: 80%. Not regret the past nor shut the door on it: a paltry 10%. See how our experience can benefit others: 100%. That feeling of uselessness and self-pity will disappear: I wrote “nearly zero.”

Three years later, my sponsor remembered I had done this and asked me to do it again. When I did, I saw that it was pretty obvious that something was at work in my life. There was lots of improvement.

Now, back to the question of God’s will or my will. My staunch agnosticism early in the program wouldn’t have had me give any credit to a Higher Power. I had a hard time writing the word “God” with an uppercase “G,” let alone giving this Higher Power credit. I’m not sure that he cared whether it was lowercase or uppercase. My sponsor, who laughed at me whenever I showed him my journaling with the lowercase variety, sure didn’t. I couldn’t even use that term in the beginning, choosing instead a phrase from Bill W.’s story, as in, “spirit of the universe, who knew neither time nor limitation.” But eventually I tired of that longhand and settled on the three-letter variety of the same thought—God.

My will before trying the spiritual path had shown the same results for decades. Giving my life over to a Higher Power, a spirit of the universe without time—oh, let’s just call it God—seems to be showing some pretty high marks. The Ninth Step Promises (and many others) are showing me things I didn’t think possible. And if I didn’t think they were possible, where did they come from?

I’m going to go with my Higher Power. When I pause and take a deep breath in a frustrating situation but somehow come up with a solution (and sometimes that solution is “do nothing”), it’s almost certainly not my will. When I’m in a crazy busy week and stressed and irritated and the home group sign-up sheet gets passed around for someone to come in at 6:00 a.m. to make coffee and I automatically sign up (and immediately think Why the hell did I do that?), it must be a will outside of mine.

I’d like to think maybe it’s a little of both wills—mine and God’s, since I’m still growing and learning. But I find more and more that the less I lean on my old ways and the more I “give it up to God,” the better the results in my life seem to be. I can show you on a chart.

You don’t need to be a rocket scientist (or the son of one) to be able to look at that and see what’s going on. Where there’s a will (outside my own) there seems to be a way to a calmer and better life. And for me, regardless of what you want to call that force, that’s what Alcoholics Anonymous is all about.