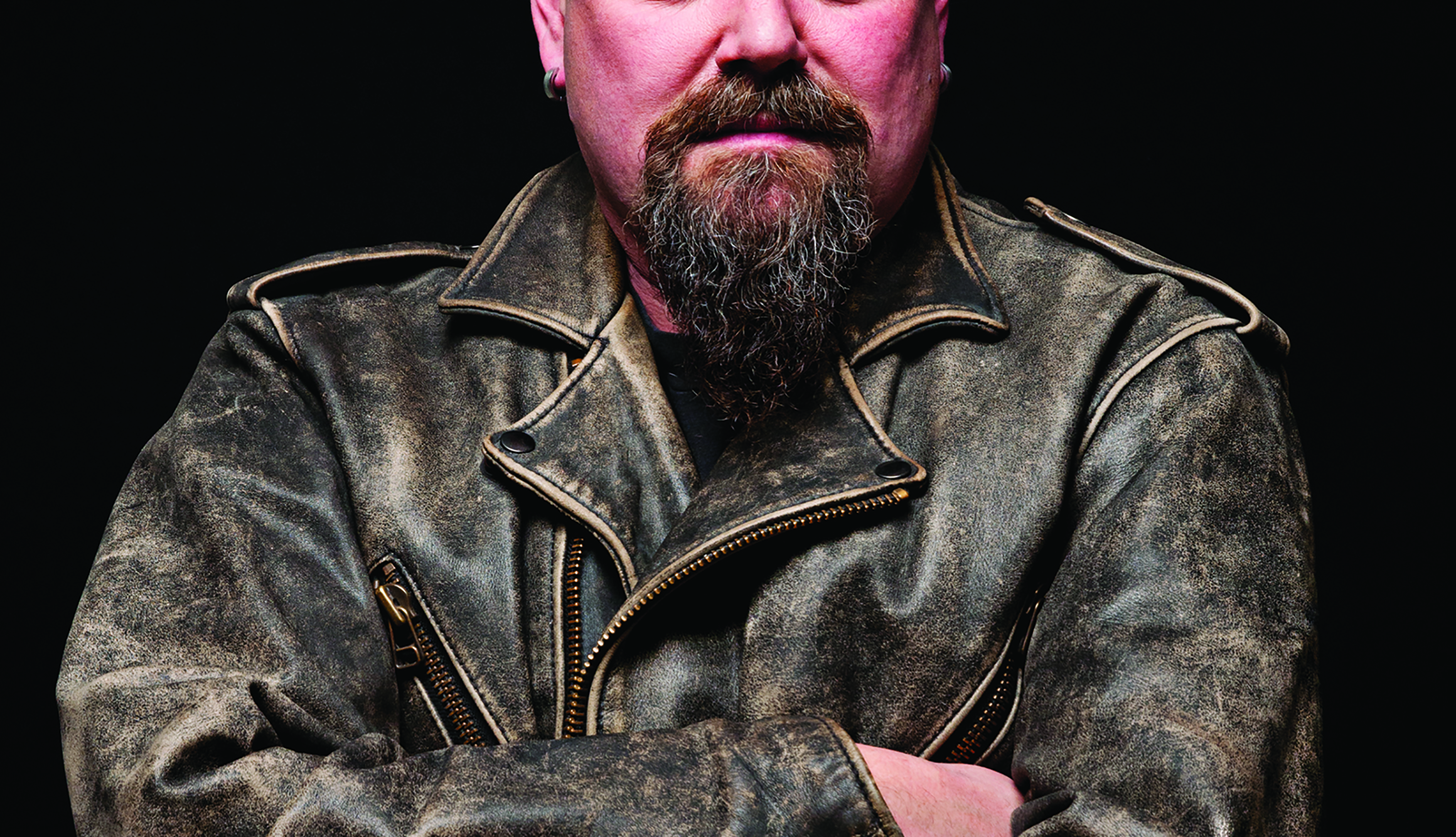 By: David W.
After years of riding and hard liquor, he was worn and torn like his old jacket. Time for something new

That jacket was a beautiful thing when I got it. It was made of new leather that smelled...well, you know how new leather smells.

I got the jacket around 1995 when I moved out to Colorado. I had moved away from Kansas because I lost a daughter to a car crash and my drinking went from bad to worse. My drinking and my daughter’s death caused my wife to divorce me.  That was a big loss, as my wife was one of the best women I have ever known in my life (along with Brandy, our daughter).

I’ve always ridden a bike. I really can’t remember a time when I didn’t have a motorcycle, starting when I was 9 and got my first one. Later, I graduated to other nicer motorcycles when I got out of the army. I drank more and rode like I drank—fast and hard, always running from something or after something. In the beginning, I rode to feel the wind in my hair, and I drank for the pleasure of the buzz. That was when I was young.

When Brandy died, the drinking became a necessity. I needed to be numb, to hide from the pain and not deal with it. As I drank more and dropped the bike more, the jacket became more worn and torn and used up. I hadn’t realized that I was becoming the jacket.

I had a few more relationships with women I met in the bars. There wasn’t any love, just sex, drugs, drinking and not much else. I wanted someone in my life to love, but that was in the past. No one would ever measure up, I was sure. My relationships were bad. Not just bad, destructive. The jacket became more worn, more torn, more used up.

I met and married a woman who I thought I was in love with, though that turned out to be untrue. We had a very destructive relationship.  She had her problem, cocaine, which I had quit doing years before. Because I was blinded by booze, I didn’t see what was happening. I didn’t want to.

One night, my wife came home after being missing for a week. She’d been hiding out in a motel room with a rig in her arm. Now here I was, detoxing her while I was drinking my tail-end off. I watched over her for four days and nights. Occasionally, I would pass out and then come to with stark terror in my heart that she had died while I drifted off. In those four days, I drank a dozen 1.75-liter bottles of tequila. Most of them I don’t even remember buying.

Somehow, I knew something had to change. I called a friend in Al-Anon because I thought they could change my wife. But my friend handed the phone to her husband, who just happened to be an AA member.

He and I talked, and I soon started going to AA meetings. I had finally reached my bottom. The skids. There wasn’t anywhere else but up for me, or so I thought.

That was in August of 2008. That motorcycle jacket was worn out; the collar was shredded from wear against the bottom of my helmet, which I didn’t actually wear very often. The zipper on one sleeve was broken. In some spots, the leather was worn so thin that I wondered what was even holding it together. It looked like me.

Early on in my sobriety, I was the guy at the back of the meeting room, brooding, angry as all hell and trying my damnedest to hate everyone. I did a good job of it. How the hell do I do this AA thing? And what are these people laughing about? Why? How? I thought those jerks were a bunch of bobble heads.

I don’t know how long it was, maybe a month, maybe two, but I finally started listening. I began hearing what people were saying. I wanted to not drink, to not hurt, to be a part of something again. I kept coming to meetings and finally started to follow the dumb advice I was hearing about getting a sponsor and a home group. And service, whatever that was. I asked this man to be my sponsor. It was the hardest thing I had ever done.

As I worked the Steps, things got worse. I lost my job of 14 years. My wife had to have a series of surgeries because of the bad drugs she injected. When she was able to finally work, she left me. I wanted to drink so badly, but I just kept going to meetings. God only knows why, because I sure as hell didn’t.

I kept it up and now I had seven years of sobriety. And yet, here I was still wearing that same old jacket. Still worn, still torn and the zipper  still broken. Then one day, my sponsor bought me a new one.

Now, I’d worn the new jacket but with my cut always on. I never wore it without my colors until the other day when I took my vest in to have a few more patches sewn on. It felt good, the new leather. So I hung the old one up.

Then one early winter day I was preparing to go out for a ride. I grabbed the old leather jacket, out of habit I guess. I looked at it, all torn, worn, broken and battered. I realized I was no longer that old, beaten-up jacket. It was so hard to hang it back up. I found myself tearing up and got a lump in my throat as I did. I knew I had changed. It gave me hope.

Now here I am, nine years into this. I’m still sober. I still wear the new jacket, but the old one still hangs there, reminding me of who I am and where I come from.

I will take the new me over the old one any day.