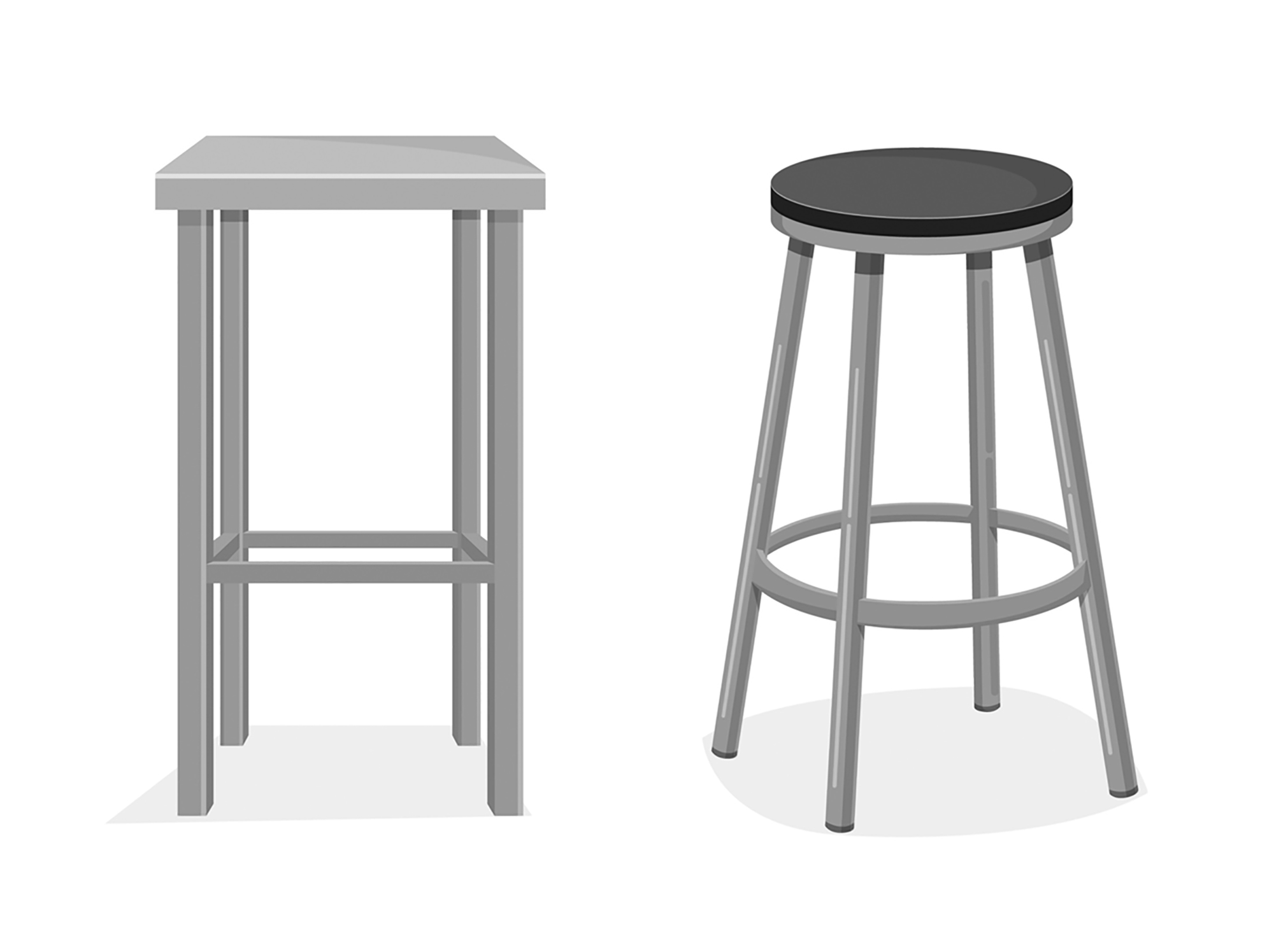 By: Pamela N. | Port Richey, Fla.
A newcomer’s quest to usher in her new life goes much easier when she follows directions

We had some old kitchen barstools from the 1980s. They were here when we moved into our house. They were big, bulky, heavy and in very poor condition. For 15 years, I tried making these barstools work. But they were squeaky and wobbly. I had to turn them over and tighten the screws that held them together every few days. The stools had big wicker backrests that our cat used as scratching posts until I put double-sided sticky tape on the wicker. The cat left them alone, but the tape made the stools look even worse.

But there was something about these stools that made me keep them. They resembled me and all I tried to cover up during my wobbly, squeaky, drinking days. Just like the double-sided sticky tape, I would hide instead of letting people see what I was really like.

For 15 years I drank on those barstools, until finally I wound up in the ICU because all my tweaks, smoke screens and coping tools failed to work any longer.

My drinking was killing me. I was so sick I was literally dying. I actually saw visions of myself in the kitchen by the barstools, serving tea. It was then, at that moment in the hospital, that I surrendered to something greater than myself. I promised right then that if I lived to get the help I needed, I’d do everything I could to have a good life.

Four months have passed since my hospitalization, and although I am still very ill and weak, I made it. I left the hospital and came home to those horrendous barstools. I began outpatient group therapy and attended AA meetings as much as I could. Eventually things clicked, and I began to own my program. My sense of “having to go” to meetings turned into needing and wanting to go.

I was getting better, but the barstools were not. So one by one, I dragged those old stools out to be picked up with the trash.

I bought new barstools and when they arrived, I discovered to my shock that they required assembly. I didn’t want to put them together. That was too much work, as my cirrhosis made even the smallest tasks into really big tasks. But I needed something to sit on when I ate my cereal, so I removed the stool parts and laid them out and scanned the directions and figured I didn’t need directions and that I could put the stools together myself.

I had one stool almost completed, but there was one bolt I couldn’t screw in because the body didn’t line up with the hole. For nearly two hours, I tried to force it in place, hoping some divine intervention would magically make it all work. But no, that didn’t happen. I began cussing and fighting with it until my husband came out, eyes widened, to see what was wrong. He gave it a shot and he couldn’t do it either.

“It’s stupid,” I told him. “I read the directions and they don’t make sense.”
He stopped fussing with the bolt and said, “I know you don’t want to hear this, but I think you’re going to have to take it completely apart and start over, following the directions.”

“No way,” I said. “I can’t do this.” I went and lay down on the bed and cried. Then I got up, defeated and humbled, and slowly began to take the barstool apart piece by piece. Then I put it together, following the instructions carefully.

Wouldn’t you know it? Soon I had a perfectly assembled barstool. The five other stools were much easier to assemble because I learned my lesson with the first one.

My stool-assembly skills are like my AA recovery program. I can read the Steps and go to meetings, but unless I apply them to all aspects of my life, I won’t get the desired outcome. Just reading the Steps doesn’t mean I’m recovered any more than standing in my garage means I’m a car. The program doesn’t work unless I work it the right way, which isn’t necessarily my way.

When I finished, I stepped back and looked with love at my new kitchen barstools. They’re light, they don’t squeak and there’s no backrest for the cat to scratch.

Sure, a random screw may fall out every now and then, but I just pick it up and carefully and mindfully screw it back into place—just like I do every day now in my new sober life.