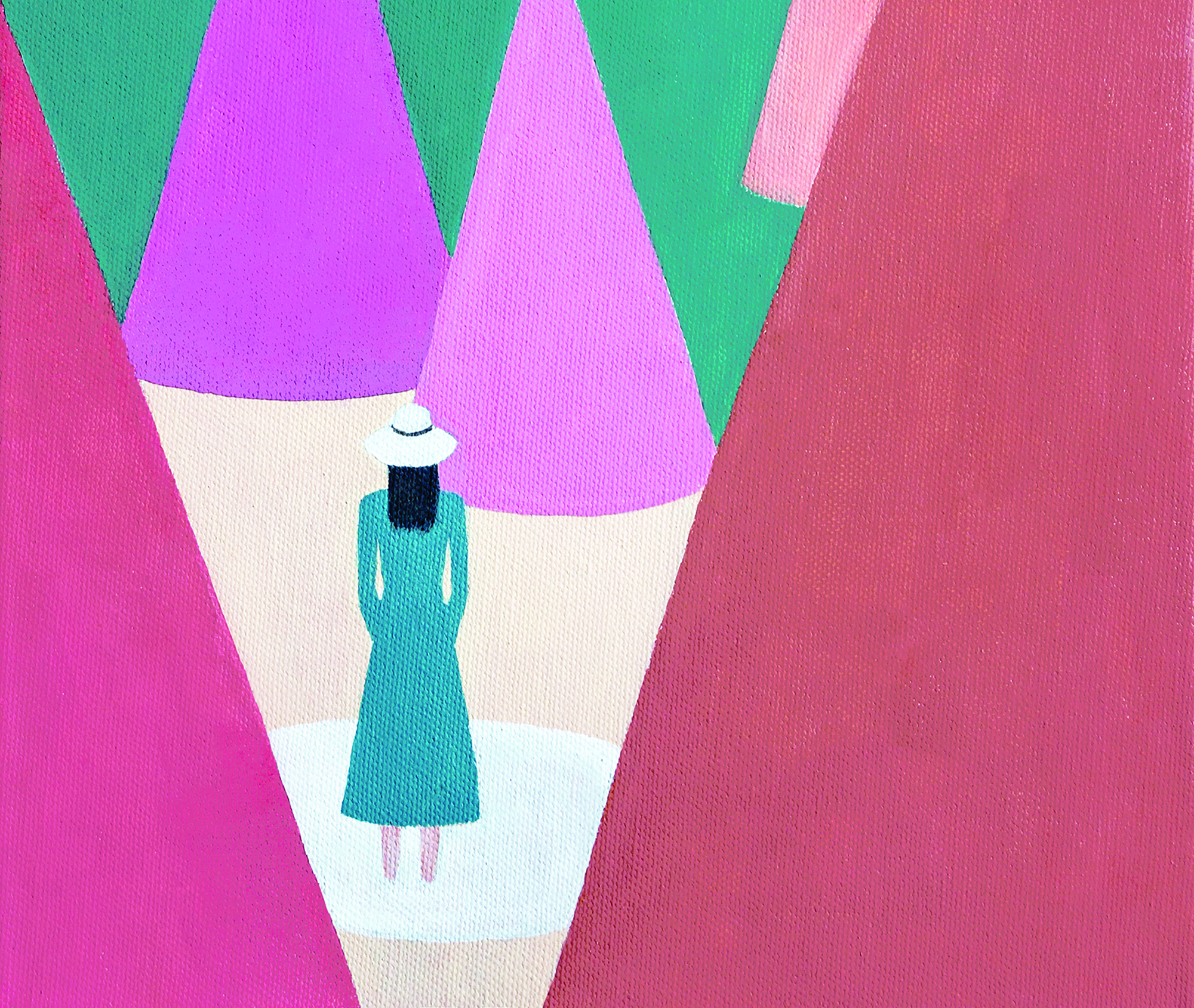 By: Paula C. | Georgetown, Texas
Sobriety prepared her to step out of her comfort zone and take on a new adventure

I always figured I would die at my desk. I was afraid I couldn’t face retirement because I wouldn’t stay sober with so much free time available.
Drunk and sober, work had always been a constant and something that gave me a sense of accomplishment. It filled my time and, since I worked in a business that helped people, it also gave me a sense of self-worth.

hen I was bored or lonely or feeling lost, my job gave me structure. Truth be known, even in sobriety, work often was just another of my “isms” that could fill that empty hole inside me.

I remember looking at people moving on for promotions, new jobs, new towns, new lives. I envied them, wishing I could do that too. But a big change was always much too scary for me. It filled me with questions: Would a new job be better or worse? What if I didn’t like the new job? What if I felt uncomfortable in a new town? My monkey mind convinced me that being stuck was OK, even when it wasn’t.

Over time, my job stopped being as much fun as it used to be. Once sober, I never again wanted to feel trapped in life, and yet I began feeling trapped at work. As I racked up years of sobriety and attended many AA meetings, the program had quietly worked on me. I realized I had actually become pretty good at change. It was fear that told me to avoid change at all costs. I had reinvented myself in sobriety. I had discovered new ways of thinking, new people to be with and new places to visit. I found entirely different ways to spend my time.

After so many years of isolation on my couch drinking, sober life had become pretty good. I had learned to say hello to new people and goodbye when it was time to do that too. I could even “let go” when I worked at it. Experience in sobriety showed me that I could be OK, even when things weren’t going so well. I could strive for progress and not perfection (I love that). It’s those darn expectations that so often make me unhappy and dissatisfied. AA has given me tools, a God of my understanding and people in my life to get me through the hard parts.

Sitting still in discomfort has always been difficult. It’s the worst. But I’ve learned in the program that in order to get “unstuck,” I must begin to move in the direction I want to go. Change can seem really hard until I move with a small, easy step, one at a time. Boy, have I worn out the Serenity Prayer. For a while, saying that prayer was the best I could do.
Then one day around that time, I got a telegram from God. Three actually. I was out of town and got a call from my neighbor that my house had been robbed. And that same night after I got home to clean up from the robbery, a major thunderstorm hit and lightning struck my old house and fried all the plugged-in electronics that hadn’t been stolen! Then two weeks later, I went on an electric scooter tour of Austin and I fell off and broke my leg!

I decided God was telling me it was time for a big change. Besides, I didn’t want to get any more telegrams!

I knew all those bad things that happened had each taught me important lessons. The things I own, my possessions, are just that—things. Life and health are fleeting. So I knew I had to get on with my bucket list.

I remembered that I had done hard stuff before and could do so again. The Third Step taught me that surprising goodness has always come out of runaway events that I can’t control. I count on that when times are tough, and I have rarely been let down. So I made the jump and retired from my job.

At first it was weird not going to work. I couldn’t remember what day it was because they were all alike. But I decided this would be an adventure, a chance to reinvent myself yet again. I had faith now that change was good; it could be invigorating if only I let it be, rather than staying scared and lonely. I’m sober. I have the power to choose how I see things and how I want to live today.

So I packed up and moved away from a city with thousands of AA meetings daily to a small town with just five or six meetings.
The meetings there were not what I was used to. Although everyone was kind and welcoming, I was overwhelmed with the feeling that the members were all best of friends and I was an outsider. But I showed up anyway.

When I first got sober, I was asked what I wanted out of sobriety. At the top of my list was that I just wanted to show up. For so long, I would tell everyone that I’d be somewhere or do something, but I would just end up getting drunk instead and not show up. Sometimes I never even intended to go in the first place. So early on in sobriety, I decided to show up at meetings, put my insecurities aside and even stay after the meeting to talk to people. I gave it time and discovered that feeling of discomfort would go away.

One of the early lessons my sponsor taught me was to act my way into a right way of thinking. So in my new town, I began to act like a member of my new AA group. I attended meetings regularly, helped clean up, volunteered to share, welcomed new people and signed up to chair a meeting there for a month.

As with most things in AA, I get out of it what I put into it. And sure enough, in time I no longer felt like the stranger. They were the same friendly and welcoming people they were when I walked in that first day. But now, I had let them in.

It’s been a couple of years since I moved, and I do believe that this is the best place I’ve ever been. I’m having the time of my life today. I’ve made some good friends here, especially my sober AA sisters. They smooth out the bumps in the road for me. They’re like a warm coat in the cold. They are to me what God would be with skin on him.

This program has given me so many gifts. I cannot begin to imagine what my life would be like without it. If I stay close, I know everything is possible.