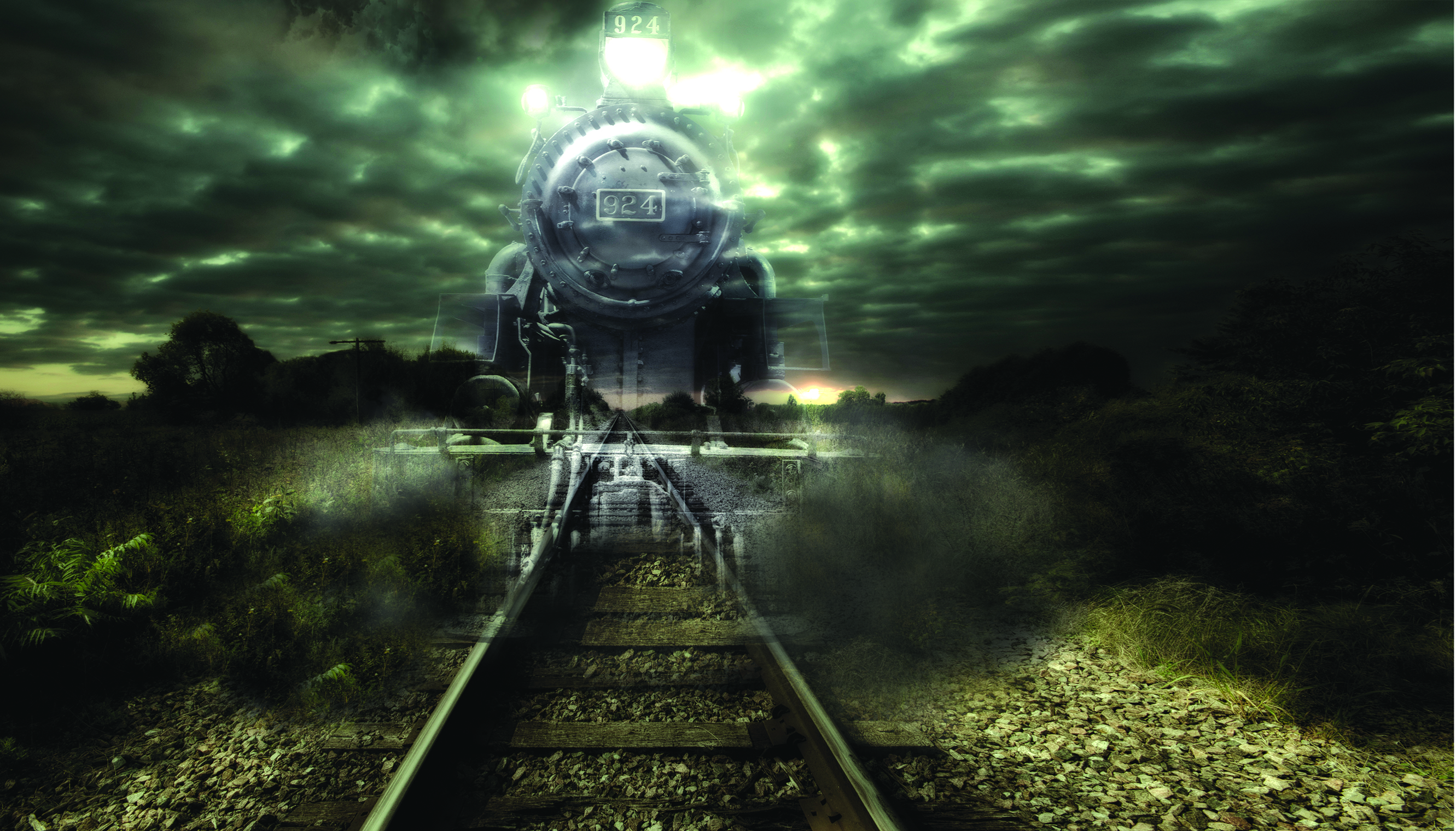 By: S.V. | Farmington, N.H.
Drunk, on a mission, she had to get somewhere fast. But it turns out her destination was the train to AA

On this particular day, I needed courage because I was on a mission. I walked into the local social club and sat on my favorite barstool and downed a couple of whiskey highballs. I felt instant relief. In the dimly lit environment, lonely hearts music blared from the jukebox. Sports enthusiasts chattered at the end of the bar and cheers came from the adjoining poolroom, while a smattering of men and women drank at nearby tables. For a minute, I was home free from my misery.

I strolled over to the end of the bar, rambling about the man who had recently wronged me. Then I started to cry. A man bought me a drink and invited me to a nearby table where I continued to rant. He was drinking ginger ale and he started talking about God. I listened until my “mission” alert surged up in my alcohol-soaked brain. I had a task to complete and was determined to finish it.

Leaving my unfinished drink on the table (that was a first), I left the club. I walked over to my car and fell while trying to open the door. Finally in the driver’s seat, I started the car and drove down the street, rehearsing my attack. Rain hit the windshield. Within minutes, it was pouring. I felt engulfed in blackness as I drove to my destination. Suddenly, I felt the car lurch as I was jolted forward from my seat, hitting my head hard on the steering wheel.

Having a history of being an impaired driver even when not drinking, I assumed I had clipped a mailbox or a road sign. Peering out through the side windows, I could see only the blackness of night and skeletal outlines of trees under a nearby street light. I could not start my car again. It took a few seconds for my eyes to adjust. Then it was clear. I had just hit something much bigger than a mailbox. I had run my car into the side of a moving train! And I was very drunk. I knew I had to get out and get away. Three years earlier, I had lost my license for 60 days and I did not want to go through that again.

I knew the blue lights and the sirens were on their way. Quickly, I turned on the headlights, but there was no light. Looking around I saw parts of my car beside the railroad track a few feet away. Options? Leave the car.  Run into the nearby woods. Disappear forever. Bad ideas.

Then a brilliant excuse rose up in my alcohol-soaked brain. I would tell the police about my troubles with my boyfriend and convince them, with tears, that I had hit the train in an attempt to commit suicide. Surely they would believe this. I would gain everyone’s sympathy and get off without charges. That would be my ticket out of getting arrested. Having solved my problem, I leaned back on the headrest and passed out.

The harsh glare of flashlights in my face brought me to consciousness. The police had arrived. I felt numb and unable to speak. I do not recall the sobriety test at the scene nor the handcuffs.

At the police station, I was ushered into a small room where an officer pressed my fingertips onto an ink pad. I cried the whole time, continuing to babble about suicide. I was so inebriated I could barely stand up. I was not getting the sympathy that I had anticipated.

Someone guided me to a chair by a desk where a man in uniform informed me that my breathalyzer test was “over the limit.” Between outbursts of hysterical crying, I made feeble attempts to convince everyone that I had been trying to commit suicide, pleading with them to let me go. Someone asked me if I wanted to talk to a psychologist. I believed the psychologist would attest to my insanity, so I agreed.

I felt like I had succeeded in convincing the psychologist about my situation, because she listened and then offered me a ride home, which was about 12 miles away. I agreed, and she suggested I first use the restroom to clean up. There in the bathroom, my own reflection in the mirror horrified me. Black streaks ran down my cheeks and smudged my eyes like war paint. How apropos: war paint on the woman who had been on a revenge mission. I washed up and met the psychologist in the foyer. We left the police station in her car. Within one block, I asked her to drop me off at the corner where a friend lived. She let me out.

Stumbling to my friend’s building, I found his room and asked for a drink.  He gave me whiskey and I proceeded to cry while telling him my story, at which point he was more than glad to take me home.

A story about my accident appeared the next day on the third page of our local newspaper. My sister called and I asked her to take me to the garage where my car was taken. When we crossed the railroad track at the scene of the accident, I saw a clear vision of myself in the sky. I was a ghost. I had not hit the train. The train had hit me. I had died. I looked over at my sister. She didn’t say much, but I sensed that she was upset. For just a moment, I had a vision of how my behavior affected others. But it only lasted for a moment because in those days I did not care about others or myself. My feelings were numb.

I ended up losing my license for three years. So I moved into town, found a job and bought a bike. I stopped drinking and took up marijuana. It felt safer. I joined the local recreation center and, while swimming at the indoor pool one day, a woman asked me to go for coffee. I told her about the train wreck and the loss of my license. I also told her about my former roommate, an alcoholic, gay man. I told her that we had kept in contact and that the last time we spoke he had told me he was in AA and had stopped drinking. He had said to me that his problems “were no longer insurmountable.” I didn’t know what he meant at the time, but I remembered that he had said it.

My coffee friend suggested that I go to an AA meeting. “Why?” I asked. “They talk about their problems,” she replied, “and you have a lot of problems. They will welcome you and you might see your friend there.” I hesitated, but then I asked if she would go with me. She took me to my first meeting.

At first, I did not think I was at the meeting for any reason other than to find my former roommate. Later, my friend said she knew I would not buy the idea that I might have a problem with alcohol, but perhaps I could buy the other things I’d find there.  She was right. That first night, when the greeter shook my hand and I walked through the door, I heard an inner voice telling me, “This is the first step.”

Today I can hardly recognize myself as that person who once got behind the wheel of a car, angry and drunk, and drove right into the side of a moving freight train, and concocted a big lie to try to get out of it.

That was 35 years ago. My AA meetings and program, spiritual retreats, workshops and cognitive behavioral therapy have contributed greatly to my sobriety. I have grown from my spiritual center and I have learned how to give and how to receive. I have learned just how self-centered I was. Self-pity has left me. I have climbed inner mountains and I can face difficulties now that often seem insurmountable. Today I feel peace, love and contentment. I discovered that I am way more than I had imagined.