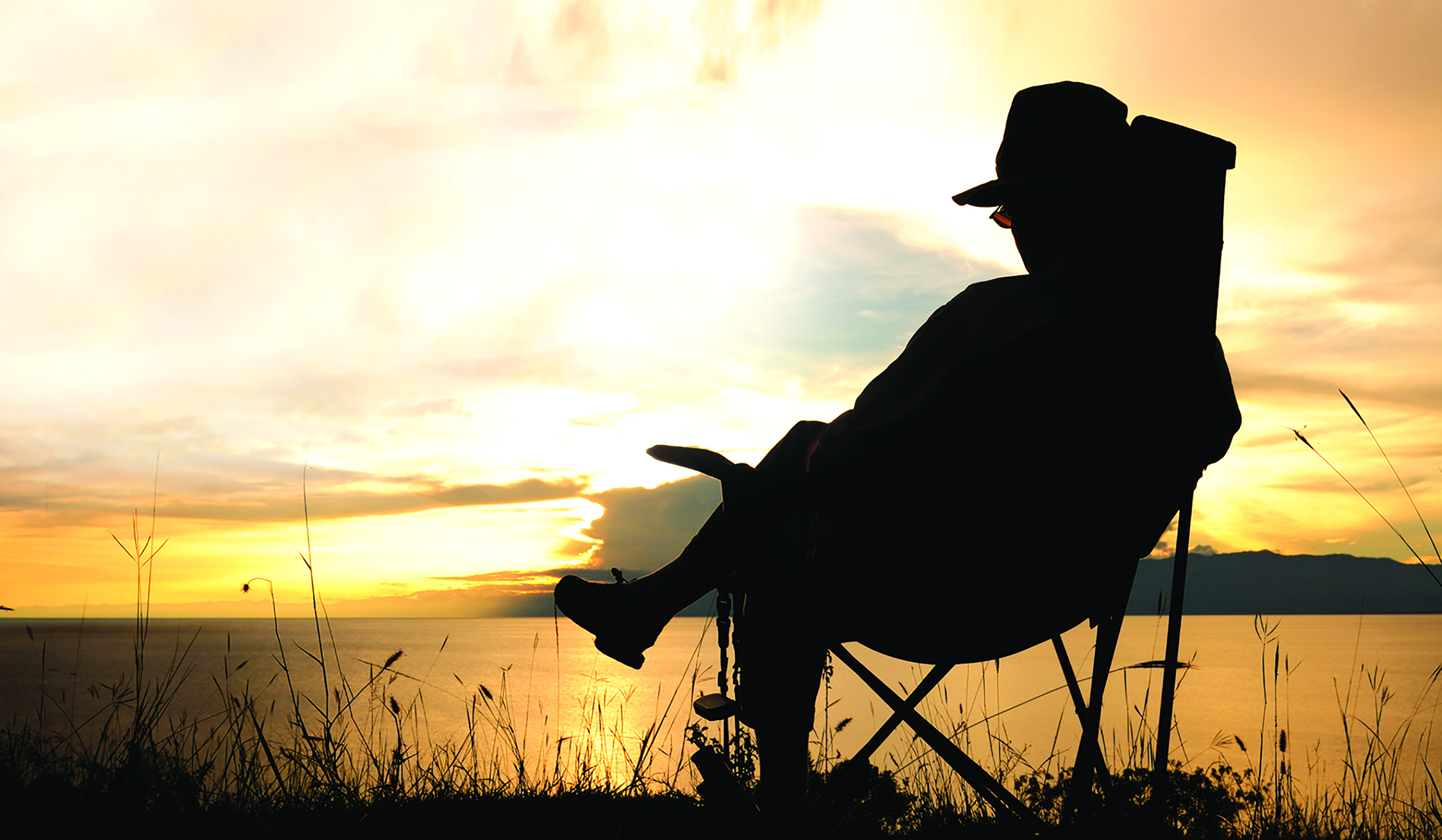 The other day I remarked at my home group discussion meeting that my life was uneventful. Later it occurred to me: Who needs excitement anyway?

It’s true. My life is on an even keel now, and that’s the way I like it. My weekday regimen is immutable. I get up at 5:30, shower and shave, check and record my weight and blood sugar, walk the dog, fix my breakfast and get a ride from a friend to my “Daily Reprieve” meeting. I then walk seven-tenths of a mile home, read the paper, study and make notes for a course I take every semester at our community college and eat lunch. I then take the bus to class and back (one or two days a week), fix dinner in time for my wife’s return from work, watch the news and a sitcom or two and turn in at 10:00.

If you’re wondering about the ride and the walking, I gave up my driver’s license voluntarily two years ago. Nothing serious. I hit a school crossing guard, who was taken to the hospital. After the police let me go from the scene, I rushed to the emergency room with a box of comfort food, an apology card and a Tenth Step speech. The man I hit seemed amazed that I came by. He wasn’t hurt that much, but my insurance carrier was. I spent more than two hours standing in three lines at the DMV to surrender my license. Still, the DMV sent me a series of letters summoning me to come in to take a driver’s test. “Too late,” I kept telling them. “I’m not driving anymore.” But they just didn’t understand until my lawyer contacted them.

Then there’s my medical routine. Several days a month I visit my doctor and a host of specialists, including a nephrologist, cardiologist, endocrinologist, nutritionist, podiatrist and dentist. Currently I’m on 16 pills, some of which I take in the morning and some at bedtime. My theme song lately is “Staying Alive” by the Bee Gees.

I’m a newly minted octogenarian, married more than 50 years to the same woman. I’ve been sober 44 years and counting. As of this writing I have more than 16,000 days, which is definitely the same number of AA meetings I’ve been to since 1976. AA saved my life, my liberty, my marriage, my job and my career. My sobriety has a 24-hour shelf-life. I live one day at a time, not one year at a time.

At this moment I’m down to a single sponsee. We manage to fit in a Step-study session every week. Another guy still considers me his sponsor. We have brunch on Saturdays, but he’s slipping into dementia and doesn’t remember what we discussed at the previous meeting. On Tuesdays my sponsor and I have lunch, along with a “how was your week?” dialogue.

Weekends are more variable, but still predictable. My wife and I see the kids and grandkids (who live nearby), go out for dinner, see an occasional movie, socialize with “earth people” and attend church. Nothing out of the ordinary.

We’ve been spending the first week in August at our “Golden Pond” lakeside cabin in the Adirondacks for 44 years now (coincident with my sobriety, which is actually no coincidence). We have a nice trailer in Florida that my wife inherited from her father. She’s down there several times a year, socializing with family members and former high school classmates. I tag along once a year. I have a second home group down there and a third one up in the Northwoods.

This serenity business isn’t half bad. It’s not as “exciting” as my pre-AA life, but as I said, who needs excitement?