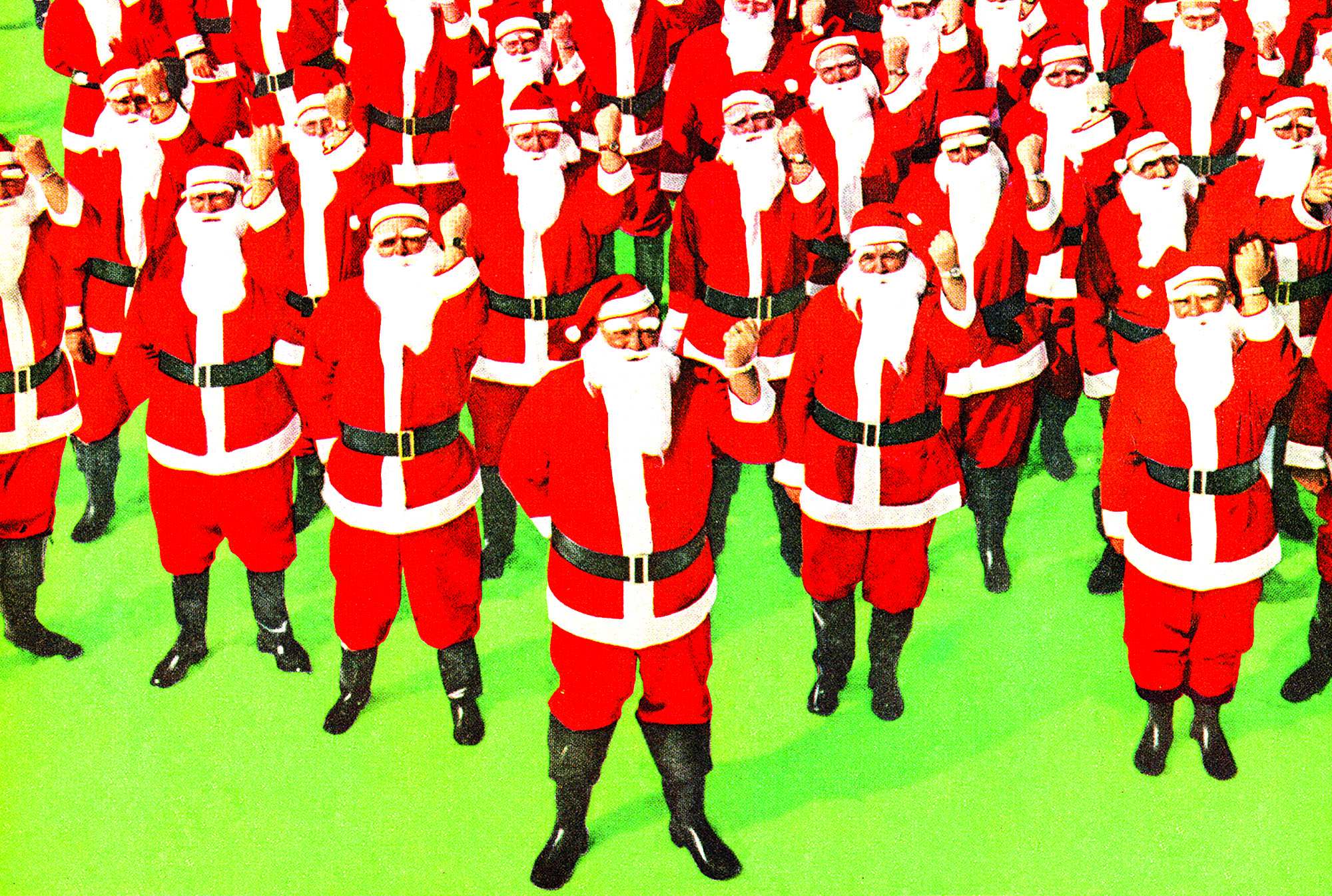 By: Jack H. | Westminster, Md.
What sobriety lifeline does a Santa turn to when he can’t get to meetings? Grapevine, of course

During the summer of 2007, Sally, my second wife, and I were living in Nashville, Tennessee. I regularly attended a men’s AA meeting at a sober clubhouse on Sunday evenings. With 20 years of sobriety, I was the group’s unofficial secretary, entrusted to read “How It Works” every Sunday.

Nashville has a wonderful sober community with great longevity. My 20 years of sobriety was dwarfed by the sobriety of many other men there. It was also a wonderful time to be selling building materials in Nashville, as there was great building expansion going on there and my prior experience and skills were like precision tools to create success. Soon I was leading a sales team of three.

That same summer, I won a sales-award trip from my employer to Las Vegas, Nevada. One night, Sally’s daughter, Michelle, joined us for part of the trip to spend a night gaming. Michelle had coupons to enter an auto show at one of the casinos, so we met on the strip out in front. We crossed the casino floor to the cashier’s booth to exchange the coupons for tickets and I noticed several older, bearded men in red bib overalls and long-sleeved Christmas-themed shirts. They were on the casino floor playing the games. Just as we prepared to enter an elevator, we encountered another knot of five or six of these older, Christmas-garbed men visiting together. I approached the tallest one. “Is there a beard and mustache competition happening?” I asked.

“No,” the man answered. “We are all brothers. We have the same father but different mothers. Ho, Ho, Ho! That’s a Santa joke.”

This was my first experience of a guy named Richard, who then informed me that he was a professional Santa and that the agency for which he worked was in Vegas to audition additional men to become Santas. The agency provided real-bearded Santas to the country’s largest malls and department stores for holiday celebrations.

Most of the prospective Santas had lots of previous experience doing Santa. Richard said I had a good “look” and took me to meet the CEO Santa, Billy. I was sporting a goatee and mustache at the time and Billy said he could not audition me without a full beard. “Grow it out and come back next year,” he said, which I did, and they accepted me.

Being a newly hired Santa for the agency required that I go to Colorado Springs four times over two years for three-day training seminars. Two seminars were held before my first season out and two sessions were held after my first season. Also, the agency had a couple of rules: no alcohol, no tobacco, no women—other than Mrs. Claus—and Santa must have a real white beard and mustache.

During one of the training sessions before my first season, one of the mentor Santas called Richard on a cell phone. It was early on Saturday morning and there were a handful of us waiting for breakfast. The phone went immediately to voice mail and the mentor Santa said, “He’s probably at one of those damn meetings.” My ears pricked up. Who goes to meetings early on Saturday mornings? I thought.

Later that day, I called Richard when I was alone and asked if he knew a guy named Bill W. He laughed and told me that he had been sober for 30 years. He was active in his AA home community in Minnesota and was a retired alcohol and drug counselor.

My next question to him was, “How do you maintain sobriety when you’re at an out-of-town mall for 45 days straight, spending 12 to 16 hours a day being photographed, with no chance to attend an AA meeting?”

He asked if I subscribed to Grapevine, and I assured him that I did. “Keep a year’s worth of issues in their mailing sleeves unopened and then pack them with your gear when you ship out,” he told me. “Read one story every night and call me frequently.”

And so it was that Richard became my “Santa sponsor.” Richard imparted his experience, strength and hope to me about alcoholism, familial relationships, animal care, pet photos, spousal relationships, fellow Santa employees, costumes and hair coloring for the next 10 years. And we did call one another frequently, as he had suggested.

Richard returned to his heavenly home last year and will be sorely missed by me and many other recovering men (and Santas). As I look back over our time together, I’m quite aware that the hand of God was silently and seemingly effortlessly guiding us all the way. Today I’m sure that another angel will be guiding Santa Jack through his season.