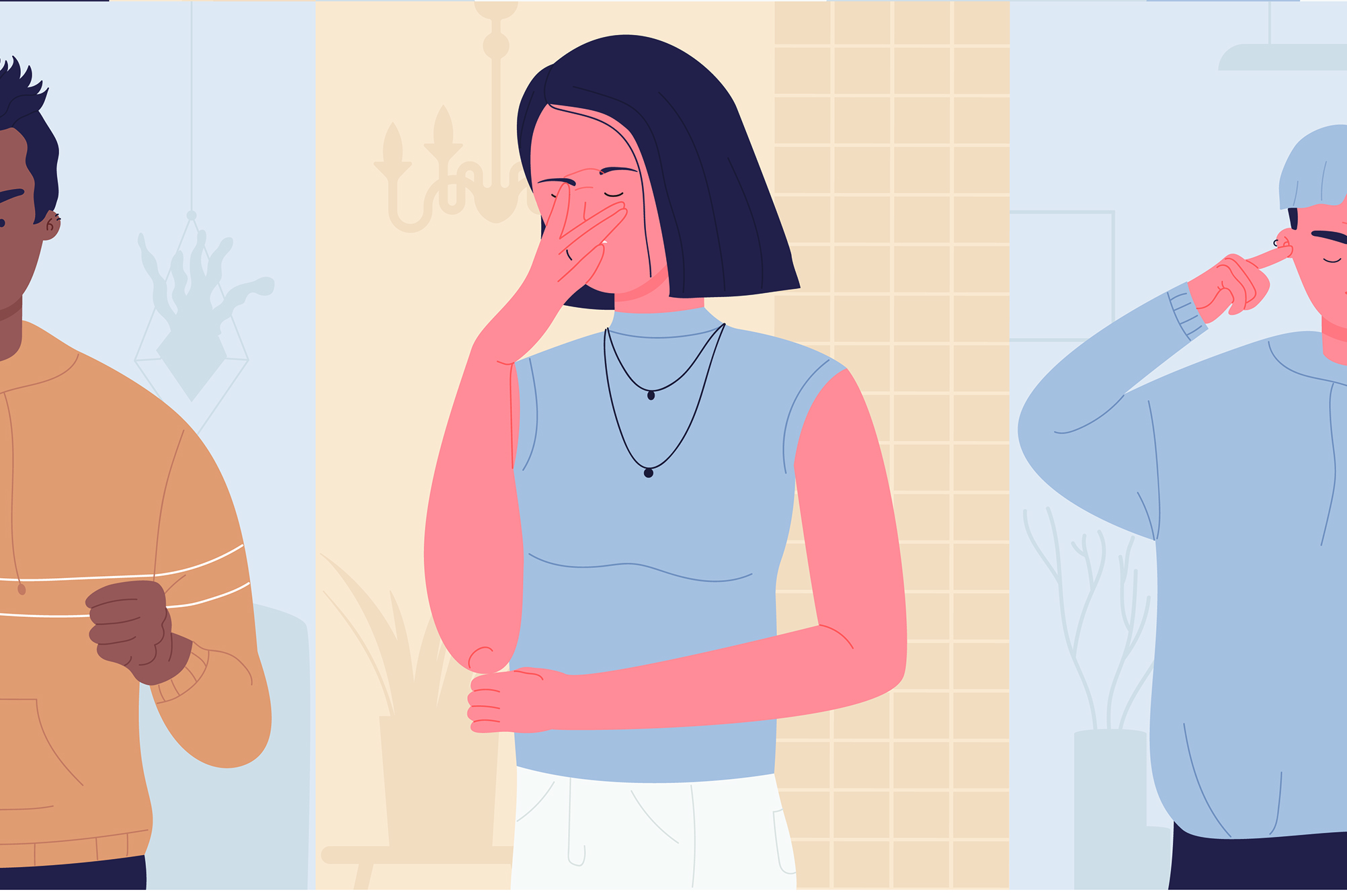 By: Betty Y. | Bishop, Calif.
Revealing our membership is a very personal matter. But one AA recalls an unintentional slip that became a beautiful thing

In 1986, I had five years of sobriety in AA. I had been very careful to protect my anonymity because I was an academic department chair in a private university, and I was concerned about my job.

That year my mother was diagnosed with an untreatable brain tumor.

I was devastated. I flew to her in Oregon to arrange for 24-hour care so she could stay in her own home as she had wished.

As I was going to be gone for at least two weeks, I invited Carolyn, a faculty member in our department, to house­sit for me during my absence. She loved staying at my apartment since it was right on the beach.

While I was away, Dodie, a friend from AA, phoned my house. When Carolyn answered and told Dodie I wasn’t there, they got to talking. Carolyn asked Dodie, “How do you know Betty?”

“I met her in AA,” Dodie said. Carolyn replied, “I didn’t know Betty went to AA.”

Shortly thereafter, I received two phone calls at my mother’s home. Dodie said, in an anguished voice, “I feel terrible. I just broke your anonymity with Carolyn.”

I felt betrayed and full of fear, compounding the stress I was already experiencing about my mother. I thought, Now everyone at work will probably know that I’m an alcoholic.

There could be gossip. Someone might tell my students or the dean, who might not understand that I’m sober and in recovery.

I flew back home dreading the worst. A few days later, Carolyn asked to meet with me as soon as possible. When we were together, she looked down, full of guilt and shame, and managed to get out the words, “I have a problem with alcohol. After drinking a lot of wine while staying at your apartment, I had a seizure in your bathroom, hit my head on the wall and dislodged some tiles. I replaced them so you wouldn’t know. I need help. How can I stop drinking?”

I had never seen Carolyn drink, so I had no inkling that she was one of us. After our talk, I took Carolyn to her first AA meeting and suggested that she get a sponsor and work the Steps, which she did. Over the years she and I talked about the program, so I knew that she had stayed sober. Many years later Carolyn died sober.

The disaster I had anticipated at work didn’t occur because Carolyn never broke my anonymity there. I remained the chair of that department for seven more years. As I became more accepting of my alcoholism, I broke my anonymity whenever I felt I could help someone.

What looked like a frightening betrayal turned out to be a source of help for an alcoholic who wanted to stop drinking. Who knew? If Dodie hadn’t inadvertently broken my anonymity with Carolyn, who knows what would have happened to Carolyn? My broken anonymity led to the miracle of sobriety for another suffering alcoholic and for that I am deeply grateful.

When I have difficulties in my life, my sponsor taught me to ask myself, What am I supposed to learn from this experience? Looking back I realize that I learned two important lessons:

First, I always recall how overwhelmed I felt when Dodie accidentally broke my anonymity and I try to be very careful to protect the anonymity of everyone in the program.

Second, through this experience and many other experiences in sobriety, I’ve learned that events that seem really awful can have unforeseen benefits. In this case, my broken anonymity led to Carolyn getting the help she needed, and she eventually remained sober for the rest of her life.

Surrender means letting go and letting my Higher Power take charge. Today, at 39 years sober, when I’m frustrated or frightened because things in my life aren’t going my way, I remember this story and stay on the alert for the next miracle.