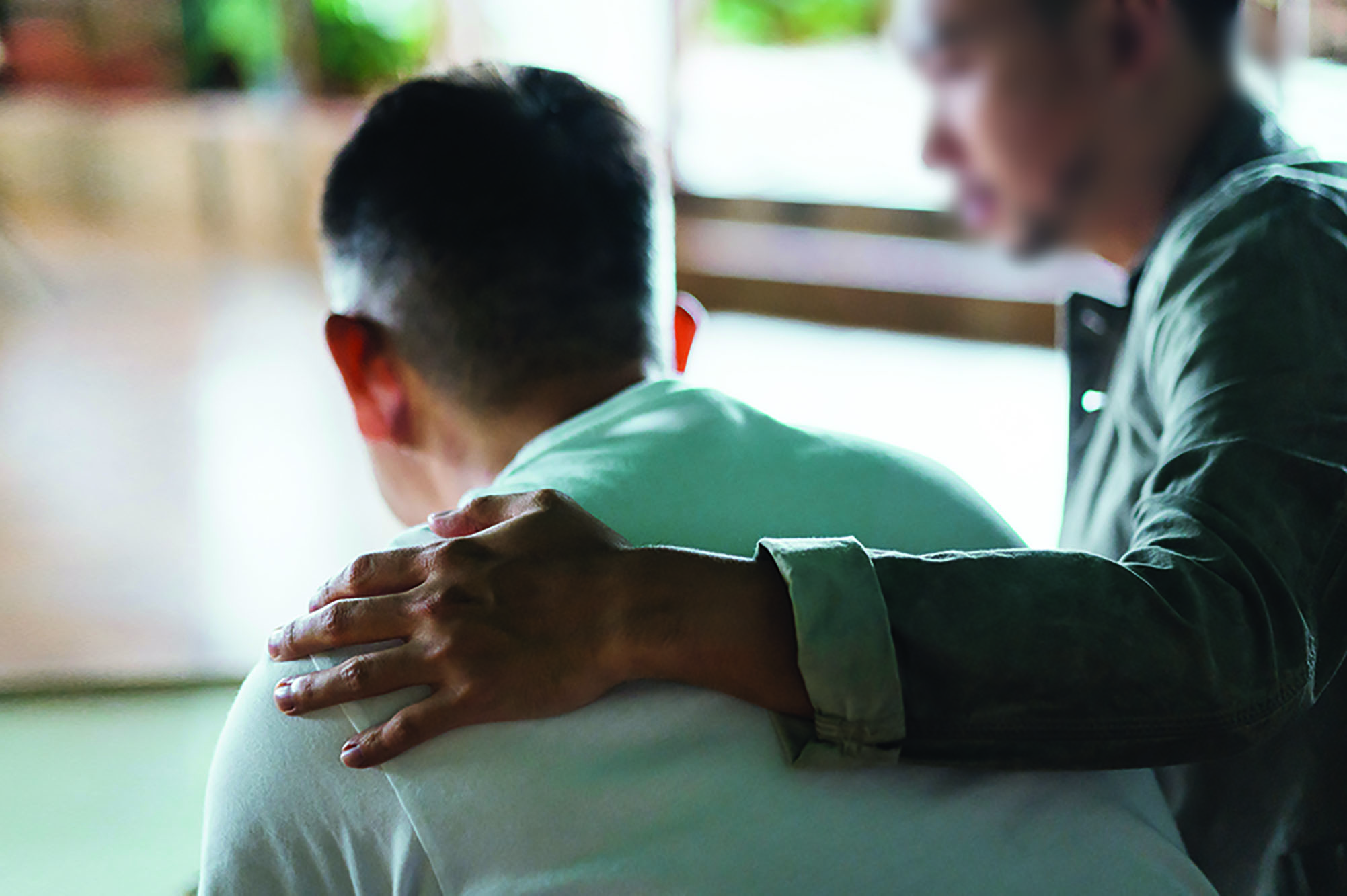 By: Dick H. | Staten Island, N.Y.
The phone rang. It was a nurse. She asked if we could come down to talk to a man in the ER. Roy said, “You answered the phone, so it’s your Twelfth Step call.”

When I walked into the Northland Group in Austin, Texas in June of 1982, I didn’t know what to expect. I was a tough guy from Staten Island, totally bankrupt mentally, spiritually and physically. My Uncle Abe, who was sober 11 years at that time, took me to my first AA meeting and told me there were 12 Steps on the wall. “Read the First Step,” he told me, “and stop at the word alcohol—work on that.” When I read the Step, I said, “Uh oh, here we go,” but I took his suggestion.

On my third day sober I went on a wet drunk Twelfth Step call with Abe. The guy was bombed, and his wife and kids were crying. The guy was rambling. I looked at my uncle and said, “What are we doing here? He doesn’t even know his name.” My uncle looked at me and said, “I am responsible.” The bottom line is Abe had the Twelve Steps in him, and I had a half a Step.

As I started to grow in AA one Step at a time, my life got better and better like they told me. Over time I went on hundreds of Twelfth Step calls with my sponsor Roy and other members of our group in my first three years in Austin.

The greatest gift I got was in June of 1983. Roy and I were sitting at the Suburban Group and the phone rang. I answered it and it was a nurse at the hospital in downtown Austin. She asked me if we could come down to talk to a man in the ER. I told Roy and he said, “Let’s go,” then added, “You answered the phone, so it’s your Twelfth Step call.”

Right then I realized that that day was my one-year anniversary! Overwhelmed with gratitude, I went with Roy to the hospital and we talked to the man. Wow, what God and AA did for me that year. A Twelfth Step call on my anniversary!

I try to always remember: We carry the message, and God delivers it.