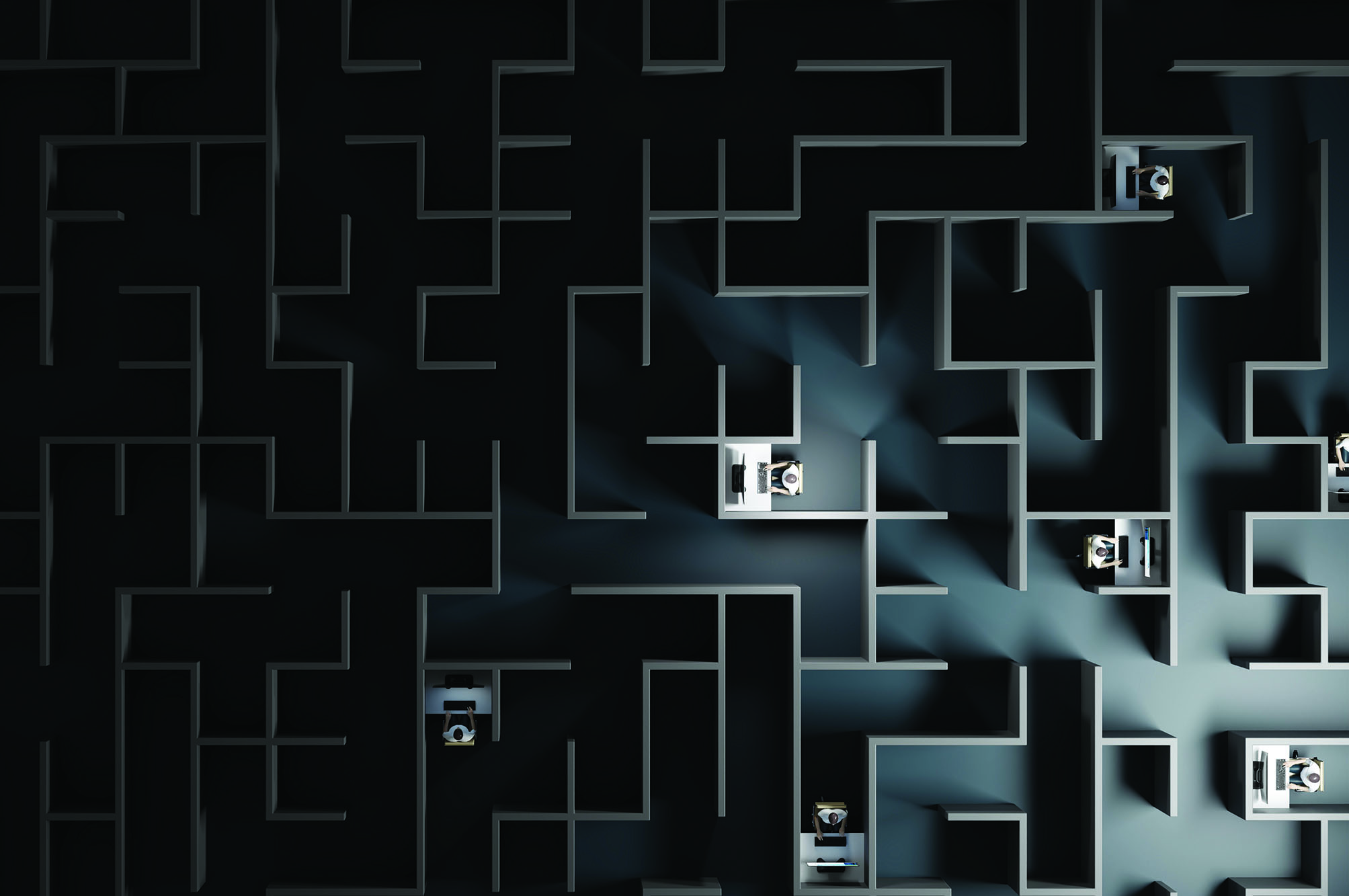 By: Anonymous | Sacramento, Calif.
Over decades of sobriety, his work life became a great place to grow and apply the principles of the program

I got sober at 34. I had never exactly been fired from a job, but I always made it clear that any job I had was beneath me.

While I had people in the workplace who would talk to me, no one was what I would call a friend. For some reason, people shut up and changed the subject when I entered the room. Could it have been because I was a gossip?

No one ever accused me of anything outright, but when my coworkers left me alone in their offices, something odd tended to happen. Their computers crashed and rebooted, losing all the work. It was almost as if someone had turned off the power strips to their computers and then turned it back on. That would be me.

Strangely, once I stopped exuding alcohol from my pores at work in the morning, a number of people I barely knew mentioned that they were glad I’d quit drinking. Most had never even seen me drink. What were people saying about me behind my back?

One person who seemed genuinely happy that I was sober and was always supportive was my boss’s boss. The day I quit drinking, a group of us had gone out for lunch. We paid and were leaving when I noticed all our wine glasses were empty, except hers. So I finished off my boss’s boss’s wine for her. That was my last drink. Five months later, while writing my Eighth Step, it occurred to me that my behavior that day might have embarrassed her.

Employment made my Fourth Step inventory easy—my resentments were all around me. As I did the Steps, I matured. My sponsor pointed out that making a sarcastic reply to someone who gave me a compliment was insulting and would hurt their feelings. I was to answer a compliment with, “Thank you.” Nothing else. “But that stuff is obvious! Everyone should know it just by knowing me,” I told him. “You make it damn hard,” was all he said.

I gradually learned to keep from letting my targets know of my resentments—I saved them for my sponsor. I quit listening to gossip, so I had nothing to spread. I stopped sabotaging and stealing from my coworkers.

My biggest disappointment was how poorly my work on the Steps changed other people. If I told a person what a jerk I’d been to him, I then expected him to apologize for everything he’d done to me. One person in particular completely misunderstood what I was doing. He just grinned, nodded and seemed to think that my amend was a sign of me finally admitting his superiority over me. And I wasn’t even allowed to correct him.

A fellow employee once described me as “prickly” and “testy.” I was slowly getting better, but still had to make amends occasionally. My rule was: “Offend privately, amend privately. Offend publicly, amend publicly.” It was during one of my public amends in the cafeteria that I noticed a supervisor—not mine—watching me curiously. She made me nervous.

About a week later, as everyone was trooping to the parking lot to go home, I was unlocking my car door when I noticed her standing behind my car looking at the back. “Now I understand,” she said. I joined her at the back of the car, and she pointed at my bumper sticker. “Live And Let Live” it read.

“Why do you have that?” she asked. “I like what it says,” I answered, not saying more. Now I was even more nervous.

After that incident, I avoided her as much as I could, until my POTA (problems other than alcohol) crashed in on me—suicidal depression. One day when I was slumped, frozen at my desk, she stood at my back and ordered me into her office. I followed her there.

“You’re in trouble,” she said.

“Who reported me?” I answered, thinking a client had complained.

“Lucky for you,” I replied, and I got up to leave.

But she kept talking. “On my good days, I can help you with your bad days. On your good days, you can help me with my bad ones. If we’re both bad, we can cry together. What meetings do you go to?”

We checked on each other every day, at work or not. I occasionally went to her favorite AA meeting—an atheist/agnostic group—and took along a sponsee or two who had Higher Power problems. She was an agnostic who refused to believe, but I never knew anyone who chased God as hard as she did or who was as scrupulous with the Steps.

Some days, we did cry together. For more than four years we argued one another out of suicide. This was no love affair. We hugged because that was what AAs do. She would not visit me during my stay in the mental hospital—too many memories of too many visits to the place.

Then one day, she killed herself. I will pass over that pain.

I kept a low profile at work, occasionally mentioning local AA meetings to clients who appeared to be struggling with drinking—never to any effect. A few coworkers knew of my sobriety and one day a coworker asked me to sponsor her and help her get sober. She was my first female sponsee, a lesbian. I tried desperately to avoid sponsoring her, running my predicament past an older, sober lesbian I knew, my sober parish priest and my sober wife. I felt sure my wife, at least, would forbid the relationship, but all three answered, “You have to sponsor her.” So I did. To date, it has been my most awkward and bewildering sponsorship, but she did get sober.

Two years after I took a civil service test, I got a call for an interview. I’d forgotten even applying for the job. It required preparing cases and arguing state regulations in front of an administrative law judge. I took the job.

Despite paralyzing fear, I found I could do the work. I was actually good at it, but it required me to use every talent and skill I had. I was holding on by my fingernails. One day, sitting at my desk, I realized I could never do this job drunk or even hungover.

My wife’s health began to fail and after two heart attacks, she died—but the doctors revived her. I immediately retired to care for her, without knowing how we would survive. To my surprise, I discovered that since I had worked for the same employer for 30 years, I had a good retirement plan. Though I remembered doing the work, I had no idea how it could have been 30 years, 24 of them sober.

My suicidal depression never left me. I’ve never been joyous, only occasionally happy, but amazingly, I have always been free of the need to drink.