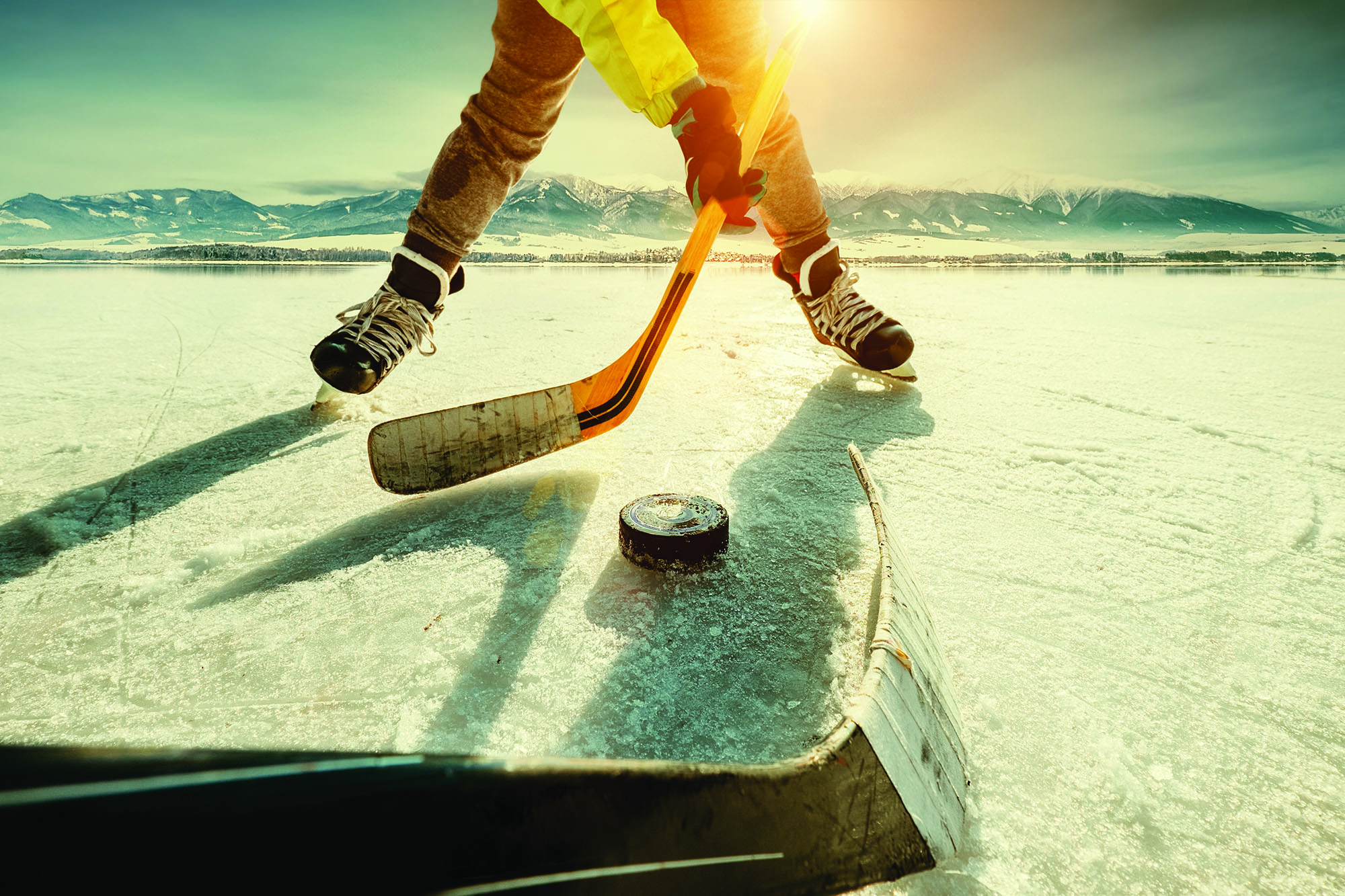 By: Anonymous | Falmouth, Mass.
Each year in Vermont, AA members get out their hockey sticks for a weekend of food, fun and fellowship

You’ve probably heard of the Stanley Cup, but you may not have heard of the Coffee Cup. Each year, near Bill W.’s birthplace and final resting place in the East Dorset Cemetery in Vermont, we play a weekend of sober hockey at a rink in Manchester.

The Coffee Cup is an athletic event at which all are welcome: women, men, players, fans, supporters and, of course, those celebrating another day of sobriety. We are not a glum lot.

The weekend begins with Friday night supper at The Wilson House, followed by the 7:30 P.M. AA meeting. On Saturday, we join the Manchester morning AA group for their meeting and then adjourn for breakfast at a nearby café.

Later that day, we visit Bill and Lois’s gravesites to give thanks before we convene for a meeting at the rink, after which the hockey players take to the ice.

Everyone on the ice is sober, including the referee. When there’s a penalty looming, the referee halts the game, and the players drop their gloves and sticks and then hold hands to recite the Serenity Prayer and then play resumes. This is not your usual hockey game.

Post-game pizza arrives, and more fellowship ensues. Sunday morning finds us at the rink again for another game and a meeting.

Here are thoughts from some of the participants:

Kevin G.: “Back in the summer of 2011 the concept of a winter sober weekend in southern Vermont got started to celebrate two interests of many New England AA members: sobriety and hockey. Ron M. of the Stratton, Vermont area, a former European hockey pro, got the idea of a sober gathering of hockey fanatics. He and close friend Jim D. thought they might be able to put a team together.”

So Jim called Kevin G., who lives on Cape Cod and is a frequent visitor to the Wilson House. He asked Kevin to put a team from his area together and he did. The first tournament was held in late February of 2012.

That first year, there were so few players that each team borrowed players from the other side in the spirit of happy, sober living. As the event has grown, we have enjoyed having both male and female players from throughout New England attend, along with an assortment of sober friends and family members. It truly has become a weekend of love of recovery and hockey.

Tim C.: “Top three reasons why I attend the Coffee Cup: 1) Fellowship—This event allows me to spend a weekend in the Green Mountains of Vermont with fellow members from Cape Cod. I also get to meet new members. 2) Location—When I travel to the Coffee Cup, I get to visit the Wilson House, which is just five miles from the hockey rink. There’s so much AA history here. 3) Hockey—This is amateur hockey. All skill levels are welcome. Many players have not skated for years and since they are now in recovery they can strap on the blades again! It’s fun to watch. Both players and spectators attend AA meetings before and after the games.”

Jeff R.: “The Coffee Cup is a retreat for me, centered around hockey, but based on sobriety, fellowship and a relationship with my Higher Power. The event was part of my motivation to get off the couch and onto the ice, after decades of talking about it from a barstool. This year, I was able to visit Bill W.’s gravesite, which is something I’d wanted to do. The Coffee Cup has been one of the joys I look forward to all year.”

Chris C.: “I always leave the event feeling revived and strengthened in my sobriety. As a 21-year-old newcomer, I was unsure as to how I could acclimate to the new life I was pursuing in AA, unsure how I was going to enjoy life without a drink.

“After going to meetings and getting involved, I learned that there were other men in AA who had similar interests. Alcohol had taken from me the passion for hockey that I once enjoyed. Growing up, I was an elite hockey player. I was on the path to making it to play at the college level. But my drinking had such a hold on me that I gave up the sport that I once loved. I hung up the game skates for the game of drinking.

“But now I get to feel the joy of early wakeups, rushing to the ice rink. I can lace up my skates with my sober brothers and sisters and play the game that alcohol took from me. The Coffee Cup helped me see that the fun and joy of living was just getting started.”