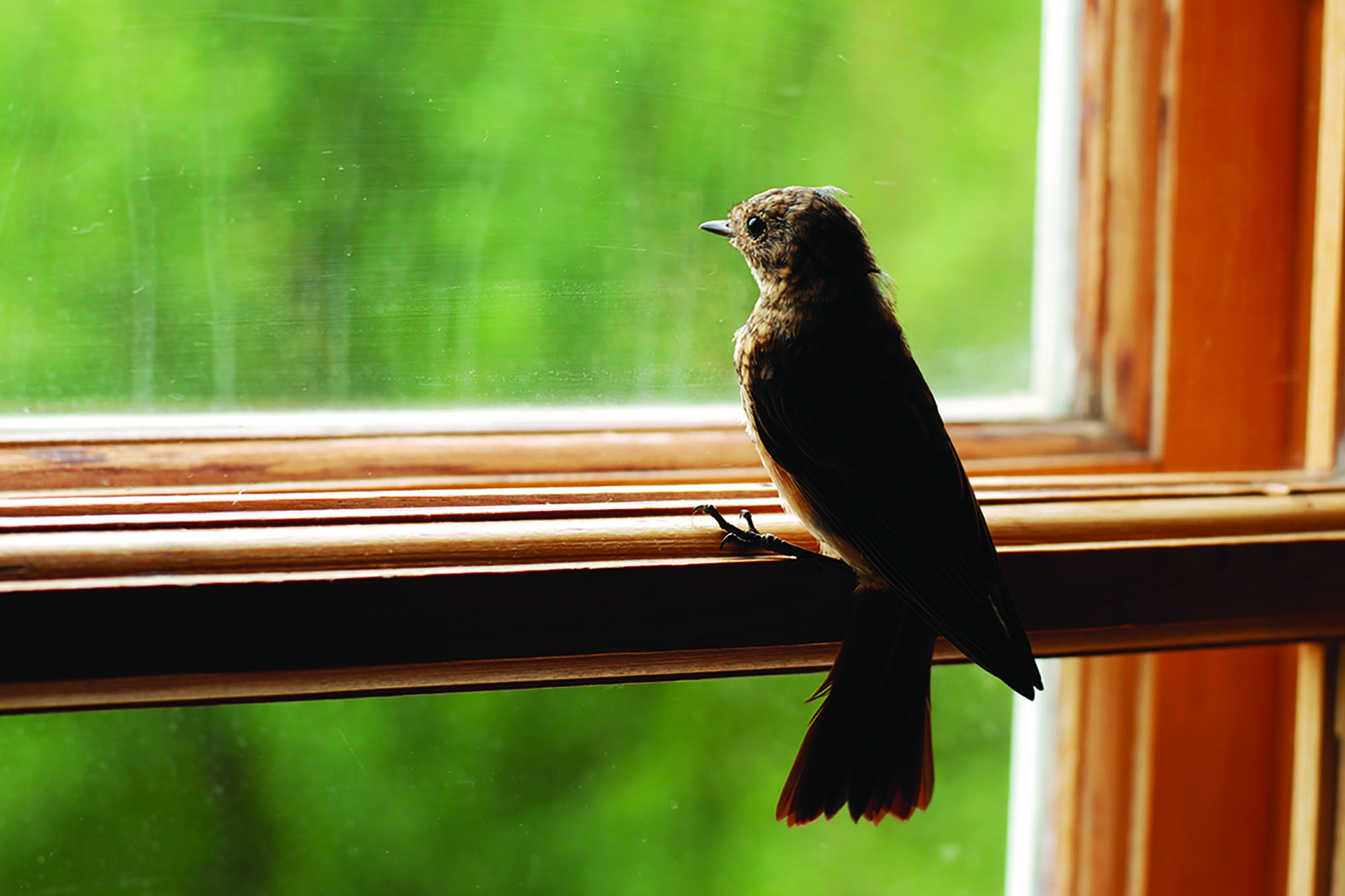 By: Susan S. | Monterey, Calif.
As an active alcoholic, I had been unable to quit drinking for years and years. I tried over and over, but could not find a way to free myself. I was like the frenzied wren.

A cerulean blue sky blanketed our sober living house in Monterrey as the wide-open French doors invited a small wren to fly into our living room. As I walked toward the window, the tiny bird flew directly into it. Unaware that a glass barrier isn’t penetrable, the bird began flinging itself against the window. Over and over, it frantically flew into the glass, thudding and bouncing, back and forth. As I reached to open the window to let the bird out, it fluttered more and more in its frenzy to get beyond the invisible barrier.

Finally, the trembling wren perched on the windowsill in exhaustion. In very slow motion, I inched toward the window, then stopped and looked that little bird right in the eye saying, “Look, you’re going to have to trust me.” In that instant, I felt kind of like the bird’s “Higher Power,” the God who could restore his sanity and set him free. If only he believed in me.

As the bird’s shining black eyes glared back at me, I slid the window open and the little wren flew to its freedom.

In that moment of my recovery from alcoholism, the first three of the Twelve Steps became so very clear to me. As an active alcoholic, I had been unable to quit drinking for years and years. I tried over and over, but could not find a way to free myself from drinking. I was like the frenzied wren, hitting an invisible barrier again and again.

Then I came into AA and admitted at last that I was powerless over alcohol. My life had become unmanageable. In those uncertain early days of my recovery, I was like the exhausted bird settling on the windowsill. I had surrendered, just like the bird that had locked eyes with me and discovered a power greater than itself. It trusted me. And just as the bird had done, I surrendered. I made a decision to turn my life over to the care of God as I understood her. The wren and I were both set free.

In the days after this experience, I bought a bag of peanuts to feed the blue jays out on our patio. Now, the women at our sober living house—which, by the way, is called “The Nest”—could experience this simple, tangible truth. We watch as birds put their trust in us and perch on our hands to get a peanut. I can’t think of a better way to feel and see what it means to trust in a Higher Power.