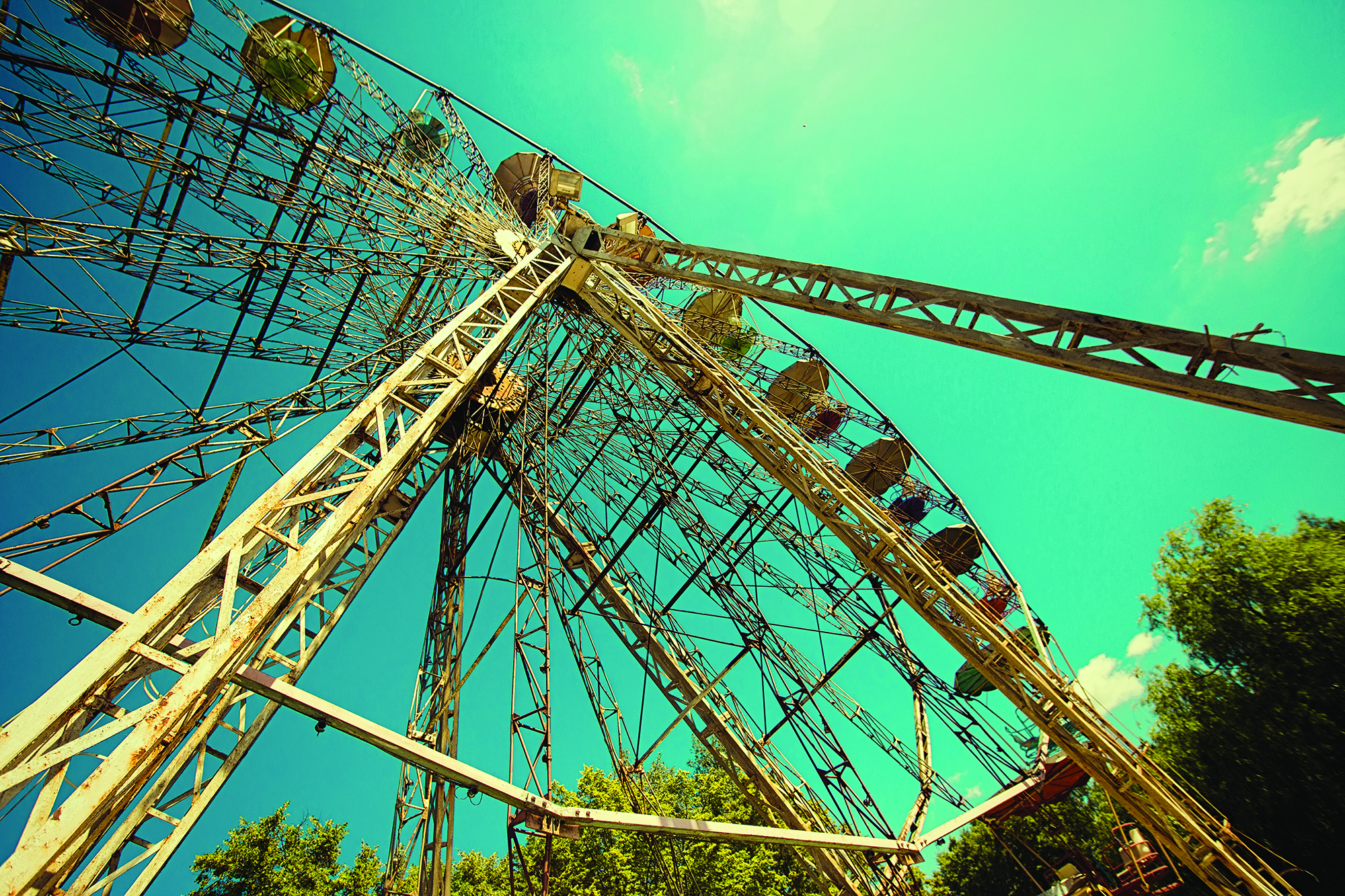 By: Ron B. | Winnipeg, Manitoba
A fun sober trip to the circus with the kids—what could possibly go wrong? Cue the Serenity Prayer!

I don’t like heights. Five feet up a ladder is my limit. At work on the 15th floor, I’m uncomfortable if I get too close to the window even though I realize I’m being irrational.

Over the years, I’ve had recurring dreams of being high up in a building under construction. I’m on a plank that is wildly swinging back and forth. I don’t know how I got there and I don’t know how I’m going to get down. It’s a nightmare.

I had been sober for five years, attending AA meetings regularly and trying to be a better person. My life had improved considerably and I was exploring a world I hadn’t seen clearly since I started hitting the bottle in my late teens. It was enlightening to discover all the enjoyment I could experience in life without the pulverizing effects of booze. I had expected that by staying sober I would have to live a boring life, and if that were the price to pay to get rid of my misery I would gladly have paid it.

I was dating a woman who had two small girls. Katherine was 6 and Pamela 8. The circus was in town, and I promised to take the kids on Friday after work to see it. That Friday it was raining, and when I told the kids we’d have to put it off they both started to cry. I decided that if they could stand getting a little wet, I guess I could too, and off we went.

Soon the rain let up and we were enjoying the atmosphere of the midway, stopping for hot dogs, cotton candy and lemonade. We were having a great time enjoying the hustle and bustle and the kids were wide-eyed at the antics of the carnies.

The great time for me stopped when we came to the Ferris wheel and the kids wanted to ride on it. Their mother was quite firm, saying there was no way she’d get onto that thing. I tried to distract the kids by suggesting other things we could do but they were adamant. They wanted a ride on the Ferris wheel. I have a good imagination and some background in structural steel assembly. I knew that circus rides were often assembled by inexperienced help, some of whom might benefit from AA. I also knew that nuts can come loose and bolts can wear out, leading to structural failure. Nevertheless, I bought three tickets and apprehensively climbed into our seat with a girl on each side.

To give riders a good scare, standard procedure is to start the ride, then take the riders up to the maximum height and then stop. It’s probably only for a minute or two, but with our seat swinging back and forth it seemed like an eternity to me. But the girls shrieked happily, enjoying every minute. Then my imagination took over and I visualized all the different ways in which the ride could break down. I recalled every incident of circus ride accidents I had ever heard about, and there were a few.

Then, all of a sudden the Ferris wheel started to go around and around. I was terrified but tried not to show it and spoil the kids’ fun. The ride seemed endless. Then a light came on and my AA training came to the rescue. I remembered the Serenity Prayer, which I repeated to myself as I attempted to rationalize what was happening. I decided that the good Lord would not let something horrible happen to these innocent kids and not-so-innocent me. With that, the fear was not entirely gone but I felt less out of control, leaving me calm and serene enough to enjoy the ride along with the girls.

At the time, I understood what had happened and I was grateful that I was able to set aside my extreme fear to enjoy the ride. It wasn’t until later however, when I looked back on the incident, that I appreciated the magnitude of the change in me. The Serenity Prayer and the program of AA had changed a quivering bundle of nerves into a relatively composed and relaxed person

That was a long time ago, and I haven’t had a Ferris wheel ride since. And if I can help it, I won’t ever again. The girls and their mom moved away to another city and we lost touch. However, I hope they have the same warm feelings as I have for our long-ago ride in the sky.