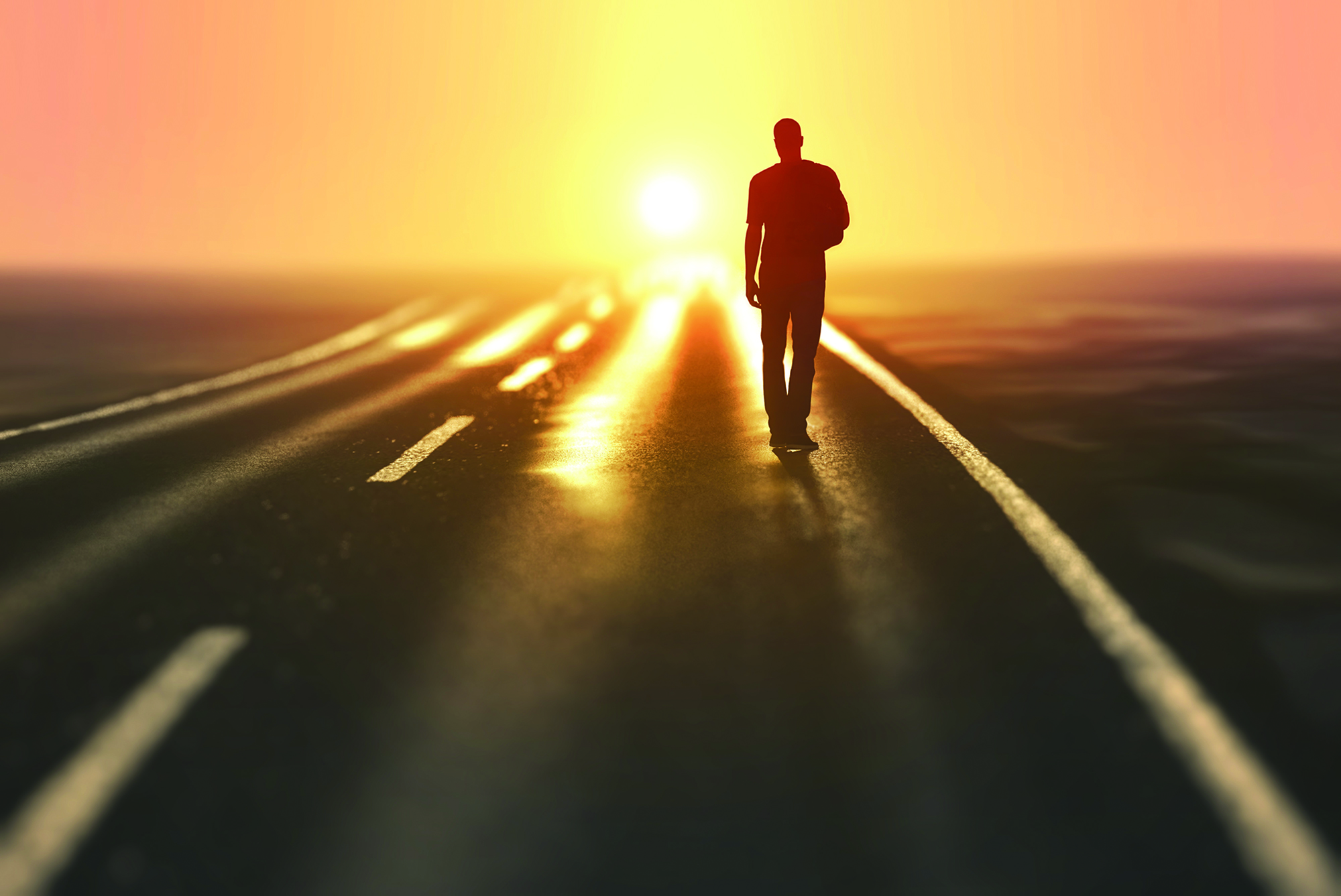 By: Lennox S.B. | San Diego, Calif.
With his sponsor’s help, he headed for an ex’s funeral to make a few amends. Turned out there were more than a few

“Kathy died. The funeral’s in three days,” the voice on my answering machine said.

I was devastated. But I was sober. Kathy and I had broken up two years earlier, after having lived together for nine years. Like married folks, we had bought a house together. But she wouldn’t marry me because, she said, I was an alcoholic. Now she was gone and it hit me hard. I thought about the severe damage I had done to her in our time together.

One time in Arizona, on military special duty, mainlining vodka nightly, I met a woman at Lake Patagonia. She drank like I did, and we drank until the booze ran out. It got real fuzzy. I’d forgotten all about Kathy waiting for me back home. Meanwhile this woman and I were in our swimsuits, slugging wine coolers at an Elvis Chapel in Las Vegas where I committed a horrible deed—I married a complete stranger! Then it got worse. I needed to go back to Utah and tell Kathy we had to sell the house because I’d married this woman.

By that time, I had been a periodic  blackout drinker and I’d accumulated more “bottoms” than I care to recall. But then, around my fifth DUI, I finally figured out my problem: the police! My drinking progressed, and I got to the point where I had to prevent myself from drinking all day on Sunday so I could make it to work on Monday. And no calling in sick on Mondays. I worked for the government and I knew they were tracking drunks. No hair of the dog for me. I did call in sick on a lot of Tuesdays, though.

Then after 25 years of drinking, I moved to San Diego, an AA hotbed. After six years in and out of AA there, I finally did the unthinkable when I asked a man to sponsor me. My home group was in Ocean Beach at the pier meeting way out over the Pacific Ocean, which met on Sundays at 7:00 A.M. I was even honestly working the Steps there.

This was about when I got the call about Kathy having died. I immediately called my sponsor, Chris. He agreed I should go back for the funeral and he suggested strongly that this could be an awesome opportunity to make important face-to-face amends. I remind him that I had only been sober for six months. I was just finishing up a thorough Fourth Step, but I was not ready to move to amends yet. He said that didn’t matter. He’d give me suggestions to get me through it. When I made the amends, Chris told me to “keep ‘em simple.” He said I had a fast mind and I thanked him. Then he added, “That’s not a compliment.” He told me to keep them short and to not use the word “sorry.” I was not to go into details, since the people I would be talking to would know what I had done. He suggested I mention my new path, that I was in AA, and that I should ask for forgiveness.

By the time my bus hit Barstow, all my sponsor’s suggestions were kicking in. I suddenly knew I had to make an unplanned amends pit stop, so I got off the bus in Las Vegas.

At the apartment of my most-recent girlfriend, I blundered the amends by asking her to step into her bedroom with me for privacy. I was surprised that her tough-looking boyfriend seemed to understand. I then recalled that he was in another Twelve Step program.

I stuck to the script, telling her that I deeply regretted hurting her, that I was now leading a different life and I hoped to never harm anyone like that again. She hugged me and thanked me. Her boyfriend even hugged me. No one had told me I would feel so good, so free, after an amends. I was in shock and awe all the way to Salt Lake City.

The next morning, I headed to the mortuary for the viewing, early to avoid Kathy’s family. Alone in the room, I went to the casket and touched Kathy’s hand as I made amends. I told her I was not drinking and that I hoped she’d be proud of me. Then I prayed she could forgive me. I was crying.

Afterward I felt like I had to get out of there when all of a sudden a woman appeared. I did not know her well, though I recognized her from when we had all worked for the Forest Service. But I stayed around because I knew I had to make amends to Kathy’s cousin, Linda. I got flashes of the God-awful harm I’d done to her when I had been on a binge at a Nevada casino. I’d left the blackjack table with two very drunk women. Later, Linda found the three of us on the bed in the hotel room. We were fully clothed and drinking, but it was 3:00 A.M. and it did not look good. I recalled how shocked, hurt, angry and sad she had looked on seeing us.

Finally I found Linda and pulled her aside to make my amends. I stuck to the script, but added that I was on a new path, that I was an alcoholic in AA. Linda started to cry too and told me her dad had been an alcoholic and that she always knew I was one. And she hugged me.

Afterward I ran away, hoping to escape that place, but God had other plans. Suddenly my old boss appeared. I knew he had loved Kathy. I had been an ass to him, and I immediately made a humble amends.

After a second he said, “That’s OK, Lennox, you were a pretty good employee,” which was a lie. I doubt if hugging was going to be involved, but I didn’t stick around to find out.

Back home in San Diego, I had this incredible feeling of peace and even self-esteem. An AA brother, like me a member of the Ocean Beach class of 96, used to say that we needed to perform estimable acts to gain self-esteem.

When I finally started telling myself the truth, I put myself into a position of accountability. Not regretting the past, but comprehending the word serenity, I have the chance to know peace now. And that’s a promise.