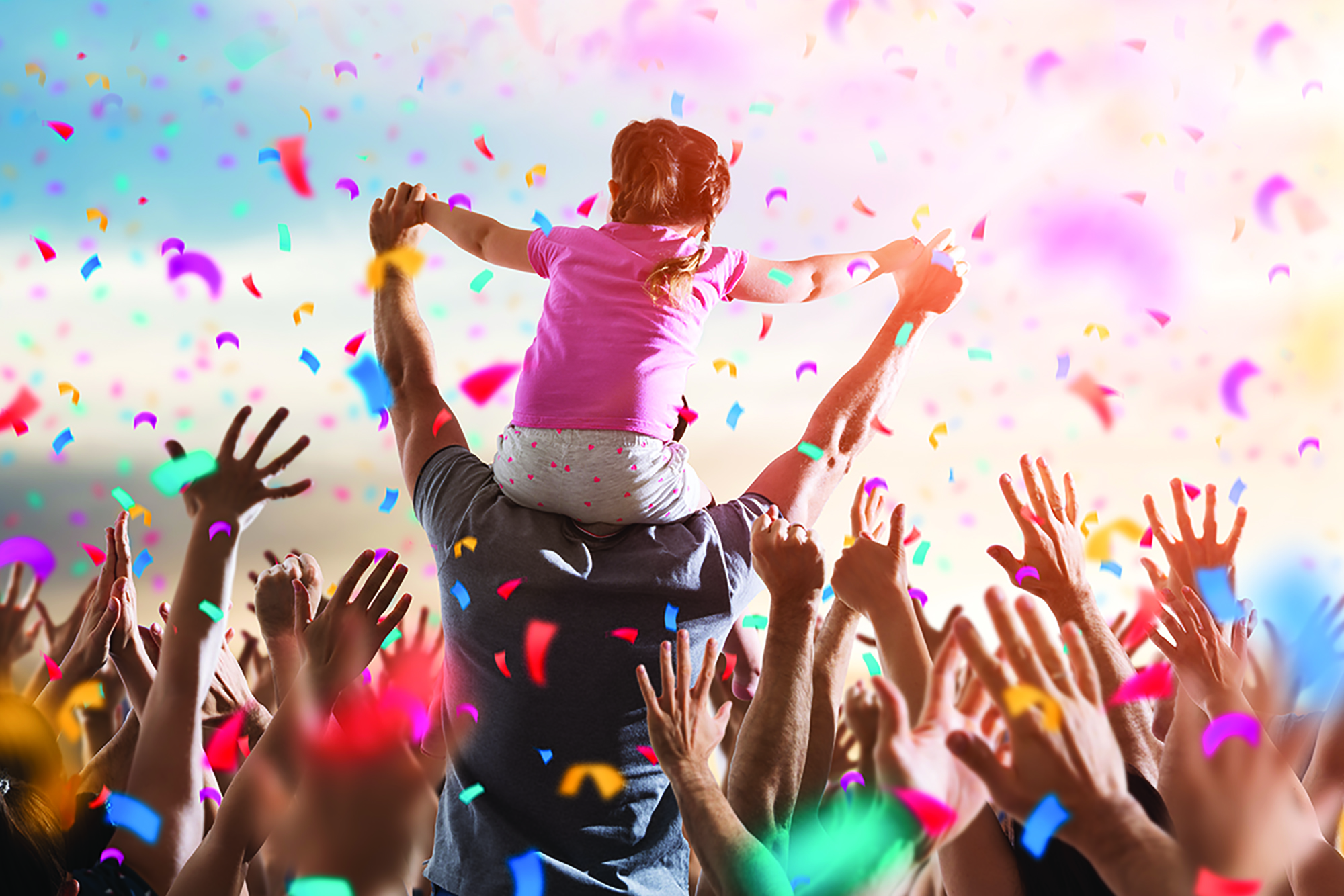 By: Definitely Steve | Nashville, Tenn.
I was again going to a concert, only this time I was with my two of my granddaughters. Oh, and I was sober. It was one of the greatest nights of my life.

April 1985: At the height of my drinking, I bought front-row tickets to see the Rolling Stones at a sold-out concert in Madison Square Garden. As we were preparing to leave for the show, I was finishing my usual “courage in a bottle,” which consisted of whiskey on the rocks with a twist of lemon.

The concept of “buzz driving” had not been publicized yet so I thought nothing of driving with the kids in the car. I opened the envelope to check the tickets. Oh, no! The tickets were for the previous night’s performance. We had missed the show.

April 1989: I was still so sure there was nothing wrong with me. There was never anything wrong with me, even when I missed a Rolling Stones concert. All these problems must be my wife’s fault, I decided. After all, I was perfect! Well, almost perfect. It was her fault. She caused my high blood pressure, headaches, anxiety, sweats, insomnia, suicidal thoughts and debt. I owed $200,000.

But I wasn’t worried. I had a plan. I always had a plan. I would go to a therapist to straighten my wife out. But that didn’t go well either. Instead, this PhD-holding therapist suggested that I stop drinking and go to AA. That made me sure he must have gotten a mail-order PhD, so I fired him. Three days later, I walked (staggered) into my first AA meeting.

What I heard there was startling. It wasn’t my wife’s fault after all. It was me. I was the one who had to change. Amazingly, with AA and God’s help, I haven’t had a drink since.

My personal life was so bad back then, I would try anything to improve it. But after a long day at the office, I needed a drink. How could I enjoy a great dinner, attend a party, have sex, sit on a beach, go on vacation, watch a ballgame or celebrate holidays without a few drinks first? Attend a concert sober? Who ever heard of that? I had to learn these things.

April 2016: His name is Daniel Tiger. Those of you with young children know exactly who this animated character is. Twenty-nine years later, I was again going to a concert, only this time I was with two of my granddaughters and we were at a Daniel Tiger children’s concert. Oh, and I was sober. Grandma Judy and I had picked up the kids at the right time and on the correct day. We made sure they were safe, bribed them with some overpriced concert toys and got them home safely and on time. It was one of the greatest nights of my life. I remember and savor every moment of it.

Here are my suggestions for attending a concert in very early sobriety:

My proudest accomplishment in sobriety? None of my six grandchildren have ever seen me drink!